Guild Wars 2: How To Unlock The Warclaw Mount Guide

Guild Wars 2: How To Unlock The Warclaw Mount Guide 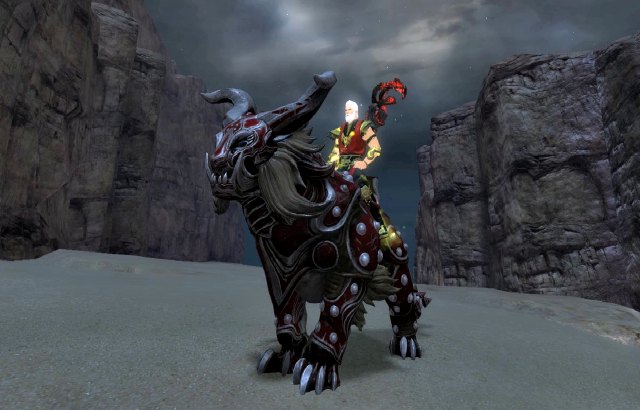 Guild Wars 2 has released its latest mount this week, the Warclaw. Unlike previous mounts, the Warclaw is uniquely different from the rest. For starters, it can only be obtained via World vs World PvP. The mount itself is made for that mode, with abilities that may alter the way you play in WvW. It can finish off downed players for example, all damage doors as a siege support. While it’s useless outside of WvW in PvE, the latter players will still want the mount for their collections. Therefore, here’s a quick rundown of what you need to do in order to get the Warclaw mount.

Enter The Mists And World vs World

If you’re new to Guild Wars 2 or WvW in general, fret now. Guild Wars 2’s tri-realm PvP mode is fun, hectic and rewarding when the stars align. These days, it’s a shadow of its former self, but activity levels have drastically picked up in thanks to this mount. So to access WvW, simply hit the B hot-key. That brings up the Mists War panel, showing you a list of maps on the left. These are maps that fighting takes place on, so pick one of those and head in. Be aware that due to WvW being the only place to get the Warclaw, there will be queues especially on prime time.

Spend A Point In The WvW Ability Panel

Great. Now that you’re on a WvW map, the Mount doesn’t automatically show up in your collections or achievements. To begin the hunt, you must open your ability panel. This panel is unavailable in PvE so you’re probably looking at it for the first time. On the very same Mist War panel, look at the tabs on the far left, and click the bottom most one. That will show you all the abilities you can spend points on in WvW once you’ve leveled up in rank. Simply scroll to the bottom and spend a point in Warclaw Mastery to unlock the achievement. This then lets you track the next batch of tasks to unlock the mount.

Complete A Series of Tasks For Achievements

Once the previous step is down, now the fun begins. You should receive an achievement progress track that requires a series of objectives. You’ll notice that each of them relates to getting a piece of the Warclaw’s armor – from head to legs – and the objectives are as follows.

Now most of these are easy to do. Objectives involving capturing things can be done by venturing forth and playing the mode. There are Commanders usually running a round, simply join their squad and tag along. It shouldn’t take you very long to complete these given the nature of WvW in Guild Wars 2.

The final task is also the most time consuming one. Finishing the Warclaw WvW Reward track will require both time and WvW reward ticks. Firstly, head to the Mist War panel again and select the rewards tab on the left. Once there, scroll down until you find the Warclaw Track and be sure to activate it. Now comes the hard part – play the game. That means participating in sieges and battles. The more you play, the higher your participation score. That tally contributes to your reward track progress every time the timer resets for reward distribution. Keep that in mind. If playing non-stop, it should take players roughly 4 hours or more to complete the reward track. And finally, enjoy your brand new Guild Wars 2 mount! 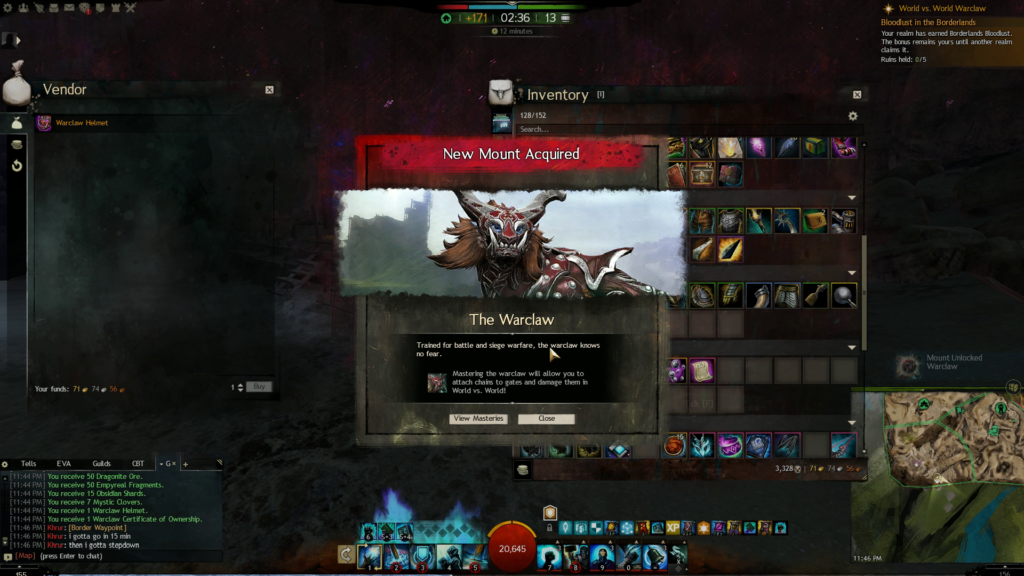