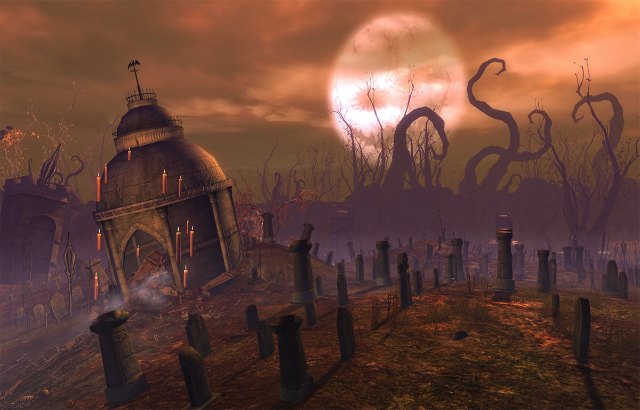 ArenaNet and Guild Wars 2 will be celebrating the Halloween season with the return of the Mad King on October 16th. The in-game Halloween events will run from October 16th through November 6. Players will be able to play wicked games, tackle the Mad King’s Clock Tower, go trick-or-treating in the labyrinth, and more.

Additionally, fan favorite activities like Reaper’s Rumble is back – and you can introduce the new Roller Beetle mount acquired from Living World Season 4 Episode 3 to the joys of Halloween at the Mad King’s Raceway. Now will also be a good time to stock up on Gems as the Gem Store will probably be updated with new Halloween themed costumes, skins and more.

Returning to the Gem Store this week are the Spooky Mounts pack, which lets you cover your favorite mounts in classic spooky skins and are completely dye-able. 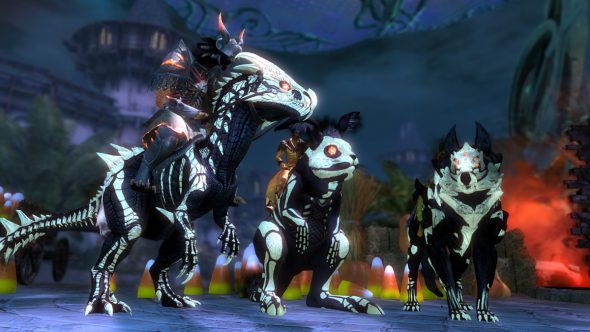 Now you can boast an impressive wingspan, elegant scales, and terrifying claw tips—all without the inconvenience of having to drain Tyria of its magic. This package comes with a Scaled Dragon Wings Glider, Scaled Dragon Wings Backpack, and a set of Backpack Straps to attach them to. Relentless army of corrupted minions not included.

In addition, if you’re dressing up for the holidays in game, head over to Twitter and share screenshots of your costume using the #GW2CostumeParty hashtag! For more on Guild Wars 2 and its Halloween season, check out the official site here.