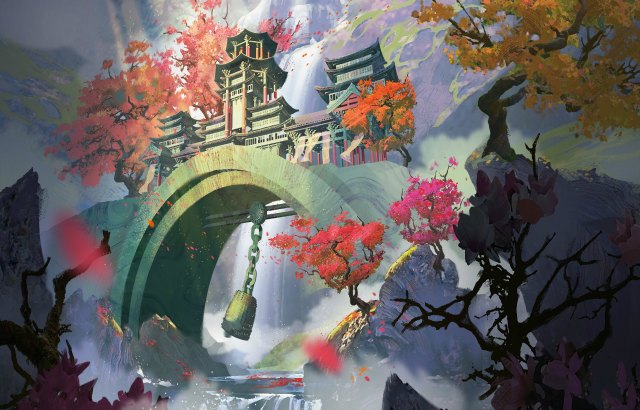 ArenaNet, the studio behind popular MMORPG Guild Wars 2 has confirmed that they are currently developing a brand new expansion for the game. In an online post on their official website, the post states that they have some exciting news for the future of Guild Wars 2, and besides an art work teaser that hints at Cantha, no other information was given. No development timelines, no story, and no features to pour over just yet.

Either way, this is fantastic news for the Guild Wars 2 community. The game’s last expansion was 2017’s Path of Fire, which introduced the mount system, new elite specialization and the desert regions of Tyria to the game. It certainly has been a while since the expansion was released, as Guild Wars 2 has continued putting out its quarterly Living World Season episode content drops in between. But there’s just nothing like a good old, chunky content-full expansion to look forward to.

Also mentioned in the post is the content roadmap for Quarter 2 of 2020. Players can expect the return of two festivals, episode 3 of the Icebrood Saga, and Legendary Trinkets and a tournament for PvP. Check out the post here.