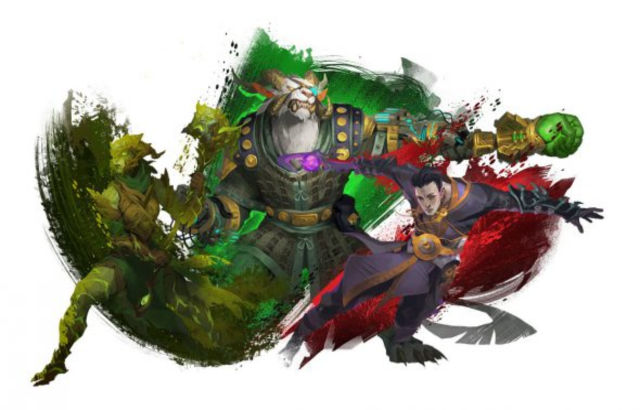 In conjunction with the launch of a new Return to Living World event, ArenaNet has begun the third and final Elite Specialization beta event, which will last until the 30th of October. The final three specializations are the Specter (Thief), Untamed (Ranger) and the Mechanist (Engineer).

To join the fun, log in and create a beta event character by clicking one of the empty character slots marked “Beta” on your character select screen. You’ll be able to choose thief, ranger, or engineer as the character’s profession. Your character will begin in the city of Lion’s Arch at level 80, with their elite specialization, build, and gear equipped.

From there, you can explore the open world or try a game mode dedicated to group play. You’ll find options to join the World vs. World and structured Player vs. Player in the bar located at the top left corner of your UI. To tackle the Fractals of the Mists instanced group content, visit Fort Marriner in Lion’s Arch and enter the portal.

Do note however, that the beta characters will disappear on October 30 at 10:00 p.m. Pacific Time (UTC-8) at the end of the event, and any gameplay progress earned while playing on them—including rewards and currency—will not be saved.

You can learn more about these new elite specs through the video below.