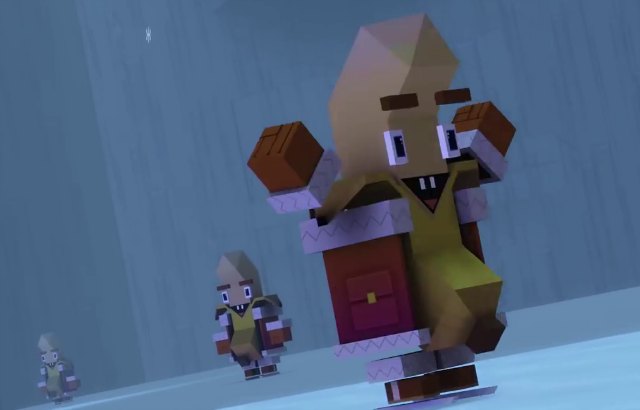 One of the best things about Guild Wars 2 are the many festivals and events that occur in-game. When adventurers need a break from Raids, Fractals or the Living World Seasons, festivals are always awesome to dive into. ArenaNet has revealed that the very popular Super Adventure Box Festival will be returning to Tyria.

Beginning March 28th, the SAB fest can be accessed by all players including free accounts for the adventure. For those that don’t know, SAB is a unique festival that rarely occurs, annually at best. The SAB is a pixelated mini-adventure zone that can be traversed by visiting the portal in Rata Sum. The game world immediately changes and players will encounter unique monsters, puzzles and challenges. The objective is to get to the next level, and there is a tier system to ensure you always progress.

Players can also pick up currency to barter for some sweet rewards that are incredibly rare. This includes SAB themed weapon skins, cosmetics, minis and more. The festival will run until mid April, so if you are interested be sure to check out Guild Wars 2 during the event. The SAB can be played in groups with friends or solo, either of which is perfectly fine and fun.