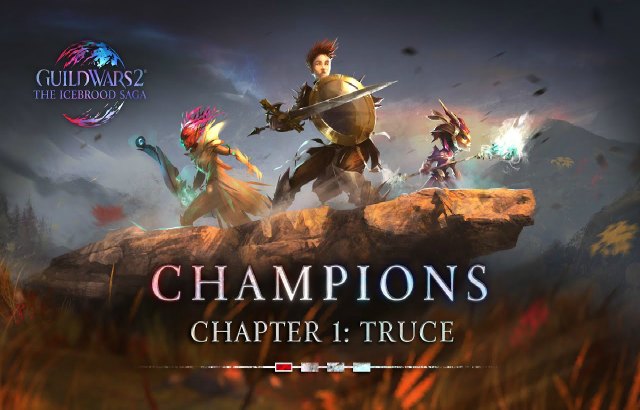 Guild Wars 2 has released its trailer alongside some new information about the first chapter of the Icebrood Saga story finale. Named Chapter 1: Truce, the update will launch on November 17th, bringing with some brand new features and gameplay modes.

Dragon Response Missions will be the main new attraction besides the story in this Chapter, where settlements in near main Tyria cities will come under attack. Players solo or in groups of 5 must band together and keep the attackers at bay, and successfully doing so will yield rewards.

What rewards? Here’s where things get interesting. There’s an all new Dragon Slayer Mastery Track that offers boons like boosted stats and more material yields, and players will also recruit new faction as allies who will aid you in these Dragon Response Missions moving forward. On top of that, players can expect shiny new weapon skins to collect as well.

Read all about Chapter 1: Truce on the official website here: https://www.guildwars2.com/en/the-game/releases/november-17-2020/