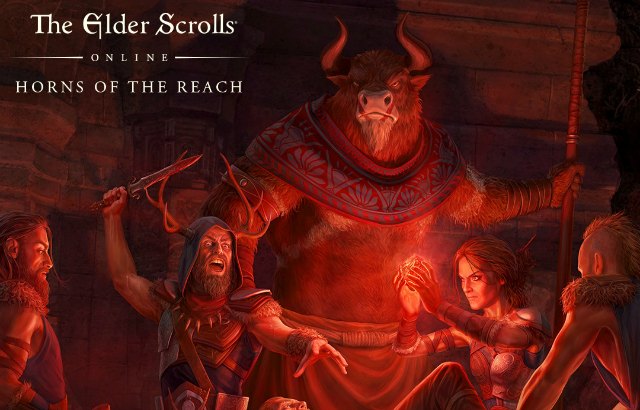 The Horns of the Reach DLC will be arriving on ESO’s shores today. The DLC includes two brand new 4-man dungeons, the Bloodroot Forge and Falkreath’s Hold.

Bloodroot Forge is an ancient forge rediscovered by the Reachmen and their minataur allies. Players will have to navigate to the heart of the forge and put a stop to Gherig Bullblood’s plans. In Falkreath’s Hold, you and your party must defend a township that’s under siege from these horned beasts. Both dungeons will come with a normal and veteran dungeon difficulty as well. Players can expect to see new unique item sets, monster sets and achievements.

In addition to that, there’s some updates to PvP as well. A brand new map is coming to Battlegrounds, and the Arcane University will be great for players who like tight skirmishes. Battles will take place in an Imperial City college (Imperial City DLC not required) and features heavy indoor fighting. There’s also a teleport mechanic and high platforms which forces players to watch their footing.

And finally, Update 15 also provides quality of life improvements to the base game. There will now be a new ability to cancel a research project mid-way, on top of searching for guild invite history. ESO is also adding customization combat cues for attack telegraphs. Horns of the Reach DLC will be free for subscribers, and costs 1,500 Crowns in the store for those who aren’t. For more information on the DLC and Update 15, check out the official link here.