How To Get Started In Destiny 2's Guardian Games 2021

How To Get Started In Destiny 2’s Guardian Games 2021 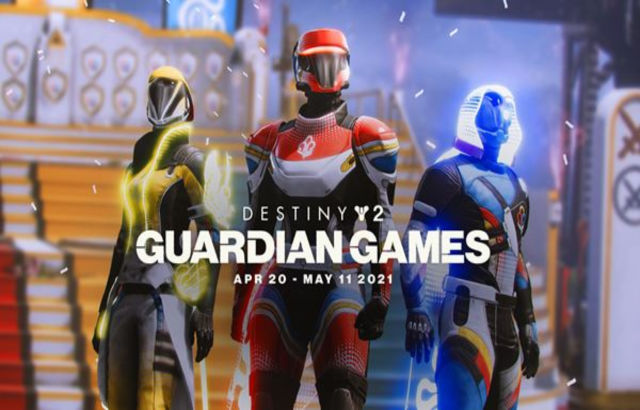 Guardian Games returns to Destiny 2 today, allowing Guardians everywhere to compete for glory as their favorite class. During a cease fire with the Cabal Empress Caiatl, Vanguard leader Zavala raises class banners and the spirits of Guardians as he calls for the class competition to commence once more.

Hunters, Warlocks and Titans will go head-to-head in challenges that will test their bravery, skill, and resolve. These challenges will award laurels from Eva Levante as the Guardians complete Contender Cards and Triumphs during the Guardian Games. Each week is a new chance to be recognized as the top class.

However, there are participation requirements. While all players are invited to participate in Guardian Games, new players must first meet the following requirements:

Once new players have met the above requirements, they will unlock a Milestone telling them to speak with Eva Levante in the Tower Courtyard.

How To Get Started

All players can begin the competition by simply earning medals  from completing activities and turn them in to the Tower Podium to earn points for your class’s team.

Pick up Laurels dropped by other players during Guardian Games to purchase Bounties, Contender Cards, and rewards from Eva. Laurels will drop in all activities except for Gambit and Crucible, where they will be awarded after a match has ended. 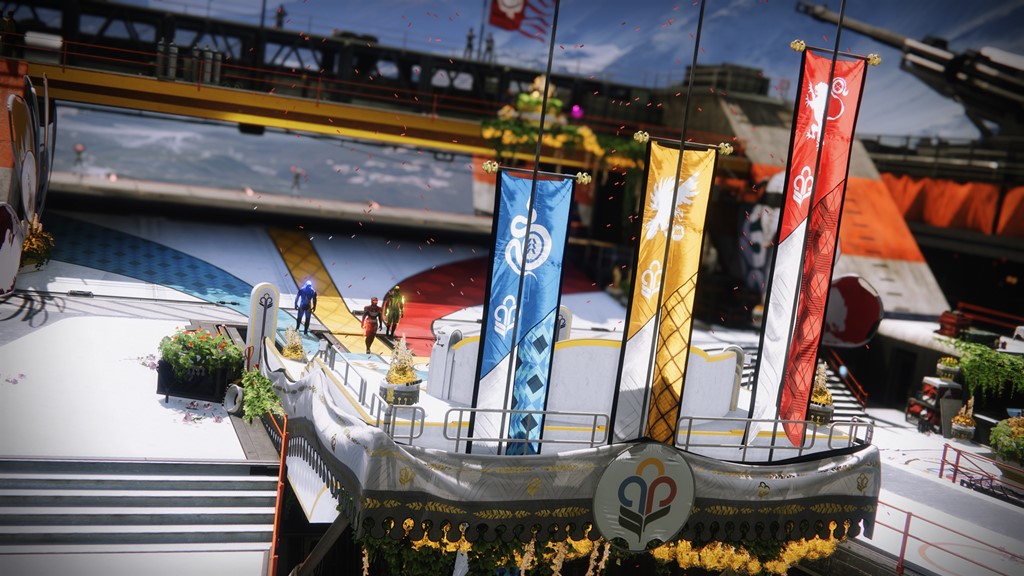 Players can earn medals from Triumphs, Contender Cards, and activity completions. Medals are stored in the Medal Case found in the Quest inventory. Turning completed Medals in to the Tower Podium will increase your team’s score. 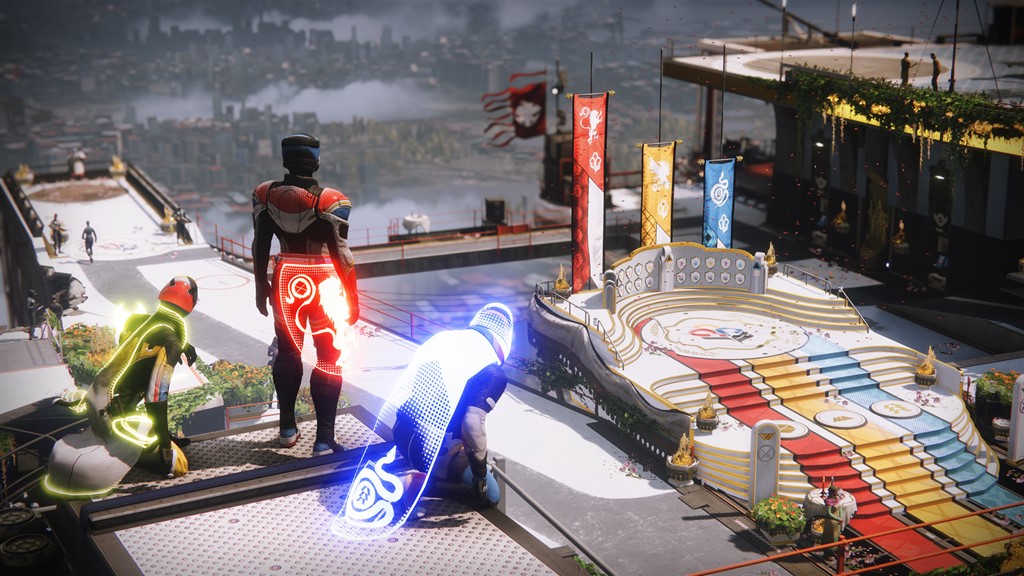 The three exotic Guardian Games ghost shells can be purchased with Laurels from Eva. The Color of Speed exotic Sparrow can be earned through collecting class points and completing Triumphs. The Heir Apparent exotic Machine Gun can be acquired through a Quest if players do not already own it, and the Heir Apparent catalyst has a chance to drop from banking Gold or Platinum Medals if players already own the gun.
Additionally, there is a new Legendary class item for each class, as well as two emblems and two shaders that players can earn by completing Triumphs.

During Guardian Games, the Towers Guardian Games Podium will change daily to reflect the current status of the leading team. Class flags will update throughout the day to show which team is leading, and there will also be a calendar showing the winner for each day throughout the event.
On the Friday of each week, the Ceremony event will become live in the Tower. Points accumulated by players during the week will determine the winner of each week’s Ceremony event. Players will receive rewards and a glow that is active when in the Tower, which will remain until the next Ceremony event or until Guardian Games ends. Additionally, player’s class items will also change colors to show their current standing after the Ceremony event, being gold, silver, or bronze.
0 Share
Share Tweet
Topics: Destiny 2 destiny 2 guardian games guide destiny guardian games how to start FPS how to start guardian games 2021 MMO