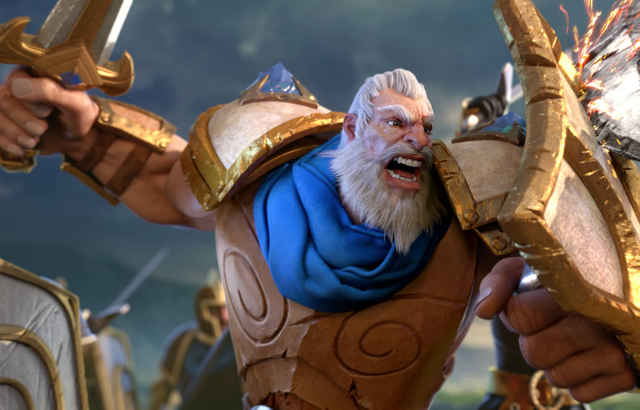 Good news Warlords fans, the game is changing hands and moving to the giant gaming powerhouse, Innogames. If you aren’t a fan yet, Warlords is a turn based strategy game with over a million downloads and 500k annual revenue. Wooga, the developer, has decided to sell the game to Innogames in order to focus on casual gaming rather than strategy games. Innogames focus their business on strategy games so the acquisition makes a lot of sense.

Innogames already power browser based strategy games like: Grepolis, Forge of Empires, Tribal Wars 2 and Elvenar. The games have over 150 million players combined. The annual revenue from them exceeds 130 Million Euro. However, they still don’t own a winning mobile game. Therefore, the decision to acquire a mobile strategy games is understandable. They want to expand their portfolio and offer more services for gamers.

Wooga have recently closed their Tokyo office so they probably need some cash. From this standpoint selling warlords is also very understandable. Wooga want to invest further in casual gaming rather than strategy games. Either way, they have guaranteed that existing player accounts won’t suffer from the transition, all of the inventory and resources will stand still.

It seems like it’s a win-win situation for both companies. Furthermore, I think that it’s a win for the players as well. Innogames are a serious company that specializes in strategy games. Their model is based on free-to-play games but they have some pay-to-win elements which suits Warlords. On top of that, existing players will enter a winning situation with a profitable company rather than one who is short on money.

What do you think? If you were a Warlords fan, would you be happy from the transition? Do you think that Innogames will treat Warlords nicely? Please share your thoughts with us.