Here's Why Cuisine Royale's Age of Nagual Expansion Is Worth Looking Forward To!

Here’s Why Cuisine Royale’s Age of Nagual Expansion Is Worth Looking Forward To! 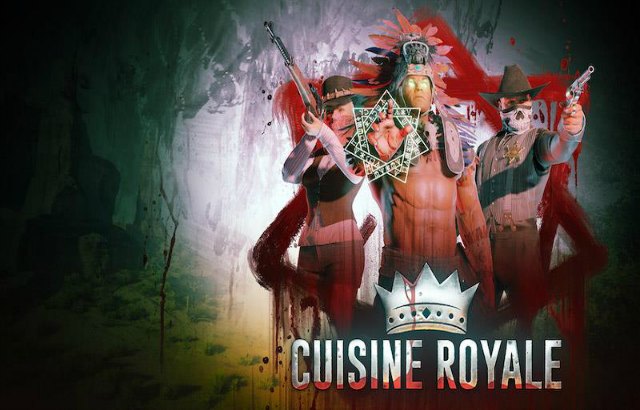 Cuisine Royale, the brutal online shooter that blends a mix of dark humor and fast-paced gunplay, has announced something big. Coming to both PC and Xbox One for free, the game will be dropping it’s latest expansion soon titled Age of Nagual. The update introduces a massive, new map to discover, a new playable character with unique abilities and numerous new weapons, items and player skills. The game has also seen drastic updates to various gameplay mechanics which were based heavily on player feedback. Here’s some of the highlights and why it’s worth looking forward to.

A New Shift In Combat Abilities

While realistic melee weapons and firearms remain the primary way of dispatching your opponents in Cuisine Royale, you can now enhance your combat abilities through supernatural powers and mystic rituals. Gunslinger Annie, can now slow-down time in what is the first proper implementation of bullet time mechanics in a multiplayer shooter ever. In Cuisine Royale, this mechanic which was long deemed impossible to do in online games, allows you to slow down time around you, as other players continue to play at normal speed. This creates a different set of timelines, which is resolved as soon as you and Annie return back to normal speed – and you’ll have to see for yourself how exactly this paradox plays out. But that’s not the only new, cool superpower you can find in Cuisine Royale. Another character, Clyde, is capable of unleashing his Beast persona and go into a raging battle frenzy, while the new character Ocelot can move around the map undetectable by temporarily entering a hidden spiritual dimension. Other spells and rituals that can be cast by players include the Portal, allowing you to instantly travel between two points, or the Zombie Apocalypse, which summons a horde of undead monsters into the map. 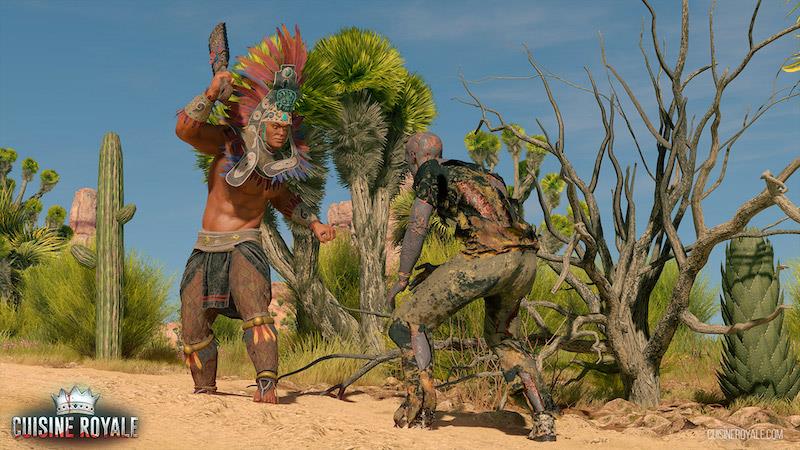 The new map, Mexico, is about four times bigger than the previous map of Cuisine Royale and a perfect fit to the brutal battles that will take place there. You will fight over vast mountain ridges, alongside rivers, multi-story buildings and even the Pyramids – making the jetpack a very welcome find to quickly cover vertical distances and attack enemies from unexpected locations. Several elements on the map are destructible, which makes blowing up a bridge a perfect starting point to ambush unsuspecting enemies. You can also collect golden Aztec coins on the map and play with them in the randomly appearing slot machines that may yield weapons, armor or other items – including a set of pre-cooked hand grenades, so be careful! Aztec coins can be used in the current match only and cannot be bought for real money. 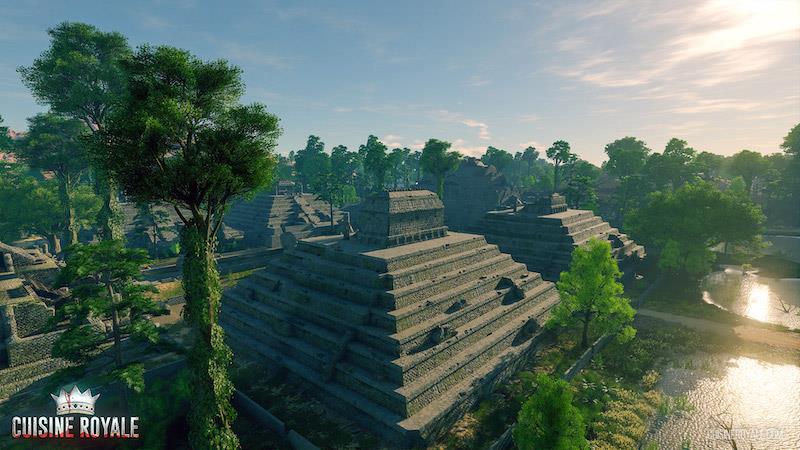 Multiple New Weapons To Play With

Players can also utilize swords and massive axes to get up close and personal with melee attacks, instill panic with a well tossed grenade, snipe them from afar or ambush them with demonic traps and magic – there’s an almost unlimited number of ways to make your stay in Cuisine Royale an unforgettable experience. Players who own ‘Weird West’ season’s “Weird West Stories Book” DLC will get several bonuses, including a set of cosmetic items and early access to the new character Ocelot, but none of them will give any in-game advantages over players that enjoy Cuisine Royale for free. 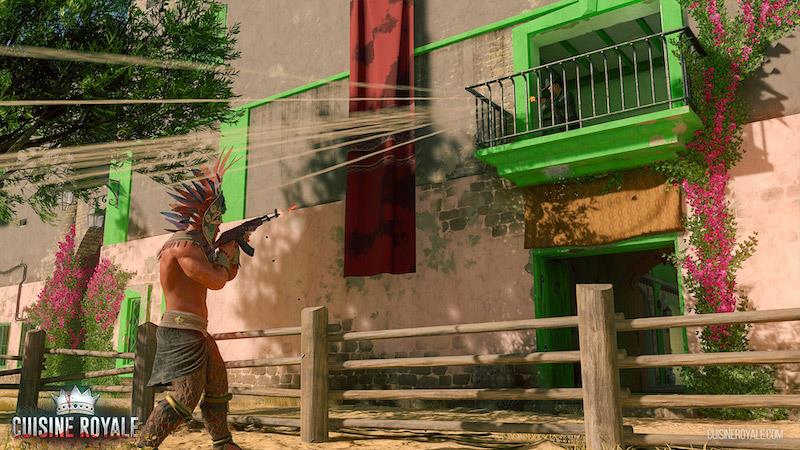