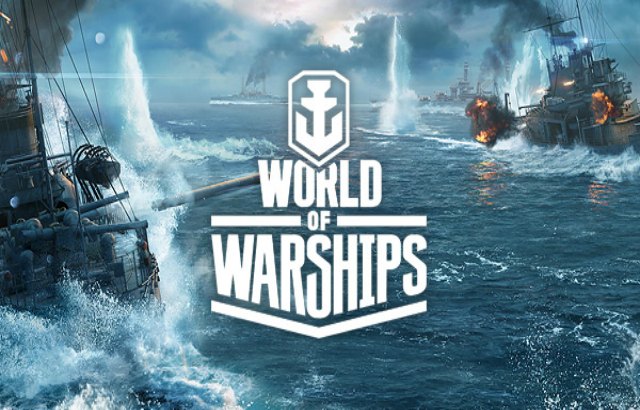 Is World of Warships worth playing? Here’s our take on Wargaming.net’s naval PvP MMO.

Why World of Warships?

In most War Games, battleships are bombed and rendered useless by aircraft before they actually display any sort of stealth or combat potential. Fortunately for fans of the genre, Wargaming’s free-to-play naval simulator gives these beastly warships the epic battles game developers have previously denied them.

The fighting takes place in specific locations, each has very distinct, and quite realistic atmospheric conditions. The locations include the Atlantic, Pacific, and Arctic oceans. So brace yourself for a bevy of differing conditions! You’ll have to maneuver your way around Icebergs and other sea bound obstacles to survive the game’s treacherous waters.

The core of World of Warships’ gameplay is the gunnery. Early on in the game warships are deceptively simple. Though, as time progresses and you advance into the late game, your gunnery begins to require great aim along with some Newtonian level physics and geometry skills. Long range shots can take 5 to 10 seconds to reach their target. You not only have to figure out where the shot is going to land, but also how the enemy will react to the incoming barrage. Successfully landing a shot gives a great sense of satisfaction. 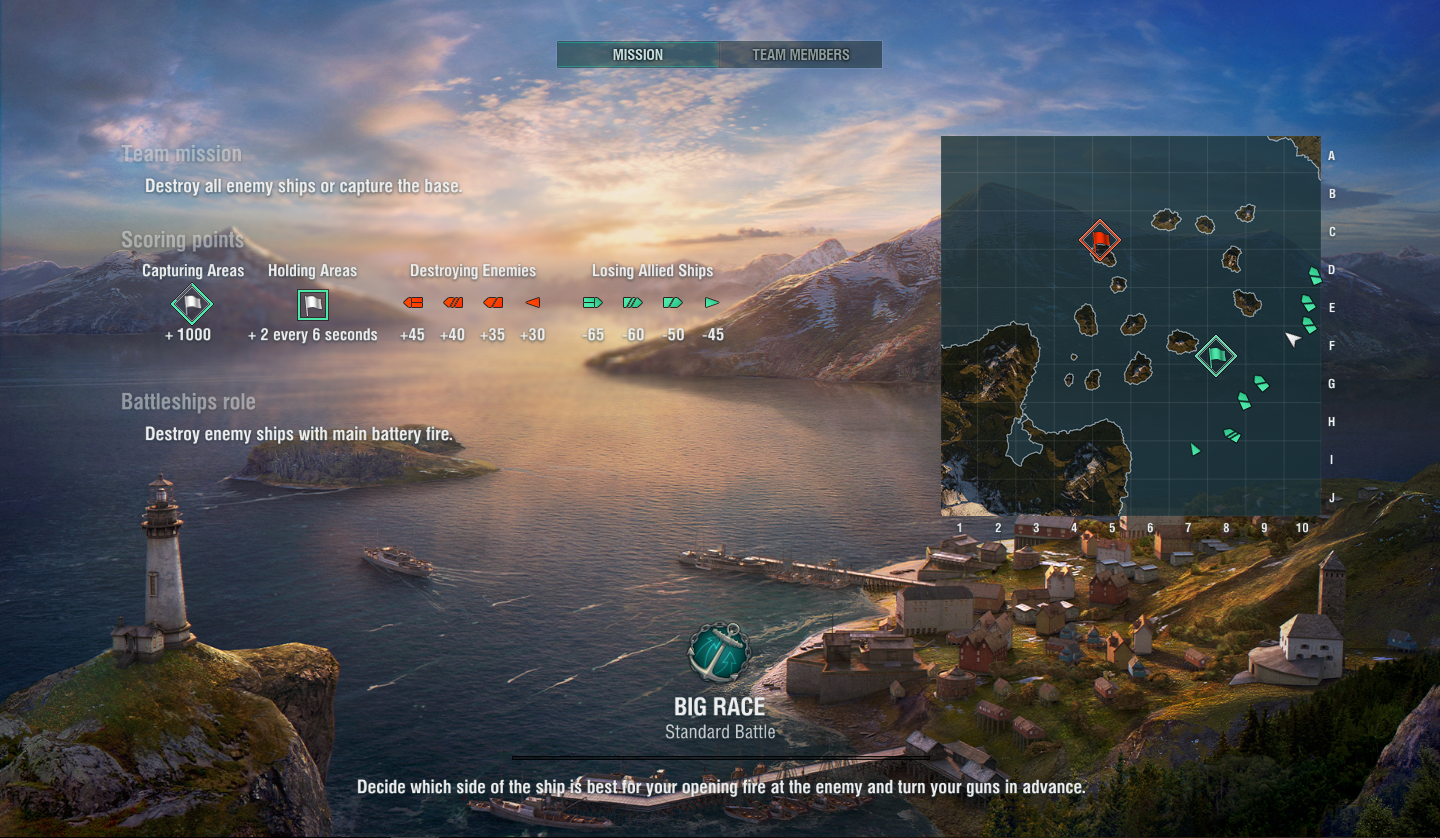 There are 4 types of ships available. They are destroyers, cruisers, battleships and aircraft carriers. These ships are based on either real historical ships or the blueprint prototypes of various Naval giants like the United States Navy, the Imperial Japanese Navy, Krieg Marine, the Royal Navy, and the Soviet Navy. Hence, the design of each ship feels very realistic. Even their capabilities in battle are quite closely imitated. This gives the game a wholly authentic feel. It’s plainly obvious how much time and effort Wargaming has put forth into creating a realistic, yet enjoyable, experience.

Battle ships and cruisers are only effective when they can see their opponents. And this is where World of Warships’ team play component begins to shine. The aircraft carrier is not quite safe unless it is protected by a battleship’s big guns. The destroyer can’t last more than 5 minutes under fire but they have some great qualities. They scout, harass, and ambush like no other class can. For a team to succeed these classes have to work in tandem.

Learning to play each class is an interesting process because they are all completely different. The destroyer requires strong reflexes and unfaltering nerves as you weave through enemy infested waters. The player will be dodging shots and firing torpedoes before escaping to safety, giving their allies the opportunity to ambush their target. The captain of an aircraft carrier is practically playing a Real Time Strategy game in the middle of battle. During the game, you are substantially dependent on the other ships to play their role, if they don’t then the match is a lost cause.

A lost game can drag on for 10 to 15 minutes, forcing you to either abandon the game or wait for the enemy team to put you and your remaining allies out of your collective misery. Most players try to focus on team work to avoid this.

The clear distinction between classes and modes makes World of Warships rewarding. For instance players deploy different tactics when they are fighting over 3 different map control points rather than just trying to grab enemy base. Making sure you are always a step ahead of your enemy is essential to success. 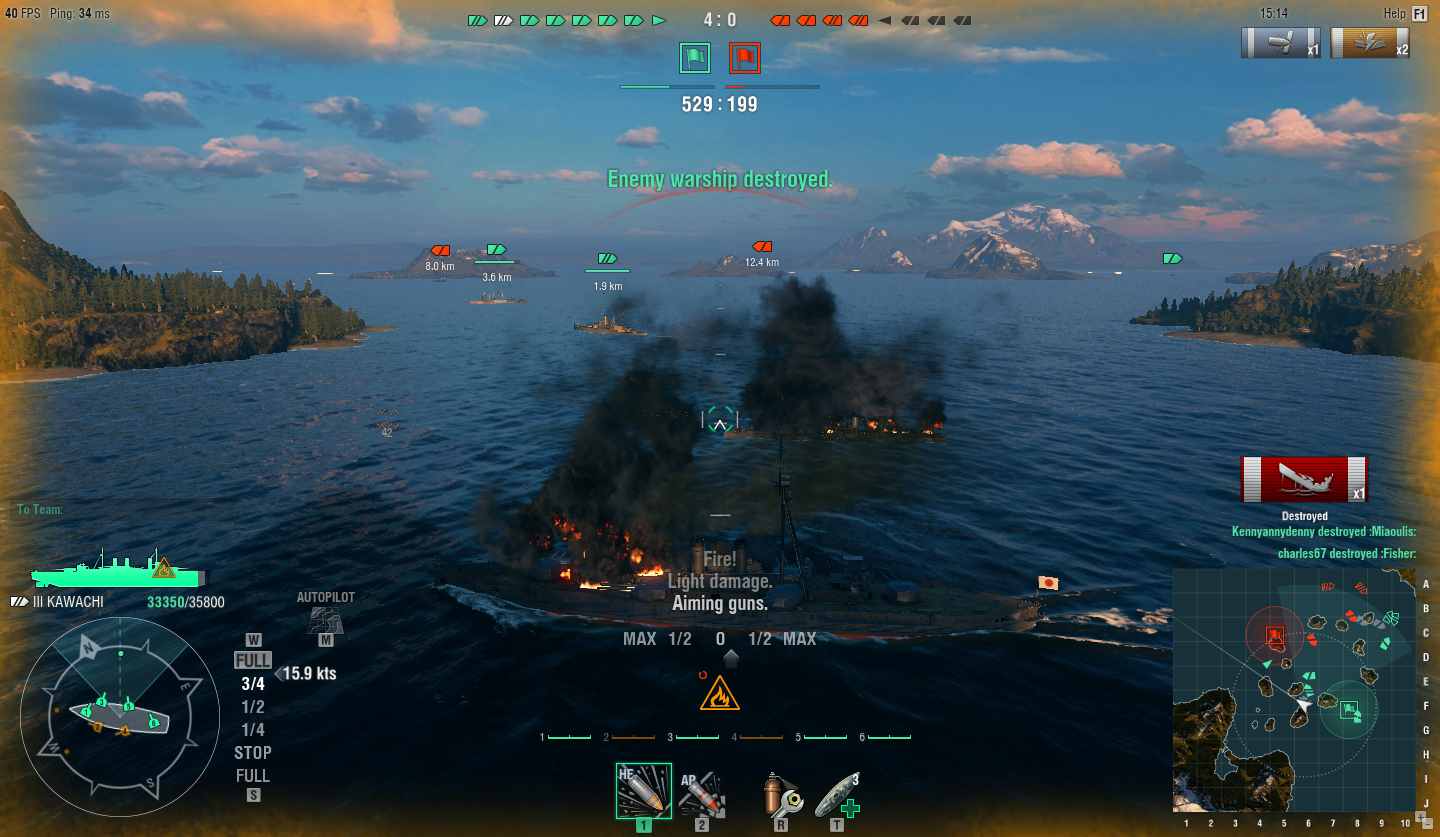 Progression is especially satisfying since higher tier ships force you to improve your skills and develop new ones. As the gun ranges get longer and ships get faster, World of Warships constantly demands more accurate shooting, better piloting and stronger teamwork. It is a great experience once you unlock every ship the game offers, but that requires you to play a ton of games. Players gain credits based on their performance within battles, which can be used to research and buy new ships of various tiers of progression. But you can only maintain a handful of ships at a time without paying premium currency. This method of unlocking the ships might seem cumbersome, but it’s not. Each ship feels earned.

The game’s graphics are quite good, to say the least. The ships are realistic, the environment and atmosphere is very pleasing and the attack and shell impacts are wonderfully realized. All this coupled with the great and challenging gameplay makes World of Warships a very successful game. It was released on 17 September, 2015 and it has acquired the praise of many critics and gaming enthusiasts. It’s earned an 8.3 from IGN while Metacritic has awarded it a score of 81%.

It is a splendid WWII era fantasy game where admiralty comes to life. This is Wargaming’s most expensive and most rewarding multiplayer game to date with the most diverse set of classes and skills. The graphics are a visual treat, and working together with teammates to from an unstoppable squadron of sea bound vessels is exhilarating. World of Warships is an enjoyable and rewarding gaming experience. Any fan of the genre should give it a shot.