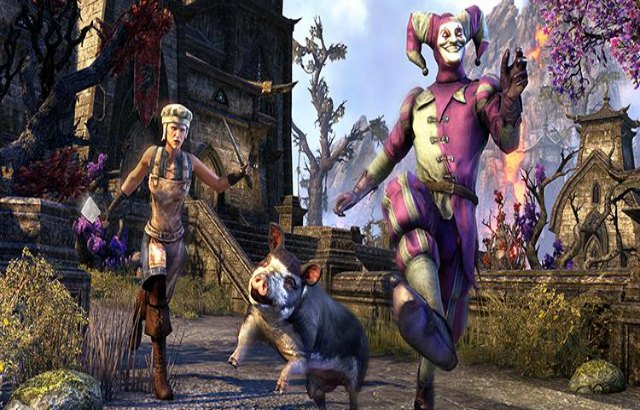 The Jesters Festival is currently live on the Elder Scrolls Online, and offers players some cool rewards for participating.

Once a year, troupes of jesters and fools gather and encourage the people of Tamriel to toss aside their notions of status, honor and class in a celebration of absurdity. Guests are encouraged to participate in silly games to win joke prizes

The festival kicked off on March 23rd and players can travel to pavilions outside of Vulkel Guard, Daggerfall and Ebonheart. Once there, the key is to look for a few NPCs that are imposters. These NPCs will look like important characters in the game such as High King Emeric.

Players can talk to one of the Jesters and complete an intro quests to get the Pie of Misrule. This is no ordinary pie. It’s a special memento that grants the user a two-hour 100% experience points buff during the Jesters Festival.

Therefore, if you want to level some alt characters, the Pie of Misrule is the perfect thing to get. However once the festival ends, you’ll keep the pie but the XP buff will be gone until next year’s festival.

Besides the cool XP rewards, there’s also daily quests that you can take from the Jesters. Completing these will reward you with a Jester’s Festival Box. In it, players can find cool cosmetics such as a host of new consumables and cosmetics. There’s housing decoration items too.

The Jesters Festival won’t be live for long, so if you haven’t checked it out make sure to do so as soon as possible!