Killing Floor 2's Christmas Crackdown Is Back In Town

Killing Floor 2’s Christmas Crackdown Is Back In Town 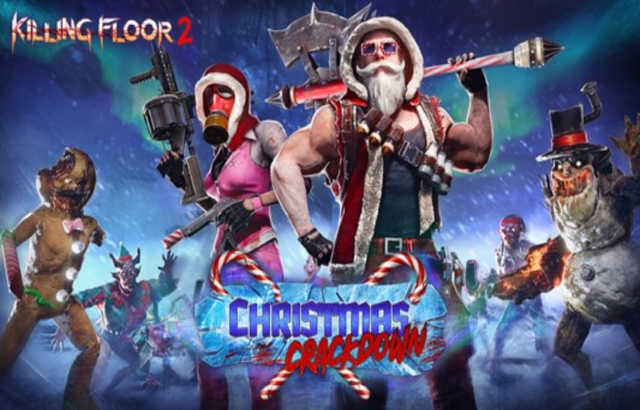 ‘Tis the season to be gruesome! Developer and publisher Tripwire Interactive are spreading the holiday fear with Killing Floor 2: Christmas Crackdown. The annual holiday event that puts the slay in sleigh ride is here, bringing back themed Zeds, menus, cosmetics, and seasonal objectives, and Killing Floor 2: Christmas Crackdown is putting a cap in 2020 with content such as a new featured community map, Elysium, among more weapons and cosmetics.

Killing Floor 2: Christmas Crackdown brings community map, Elysium to the front lines of this season’s beatings. This map supports the challenging endless mode, as well as other modes like weekly and survival. Players can unwrap the new Frost Shotgun Axe (yes, a shotgun axe) and new HRG Weapon, the HRG Vampire, to light up Zeds. Killing Floor 2: Christmas Crackdown has popular cosmetic items added to the Christmas Ticket system and for sale, and more importantly, gives players a reason to equip Gary Busey’s Badass Santa.

The Killing Floor 2: Christmas Crackdown update is also part of Tripwire Interactive’s longtime commitment to release free seasonal content updates for players since the game first launched in 2016.
To celebrate the release of the update and the Holiday Season, Tripwire will be participating in a number of sales and promotions!  Be sure to follow Tripwire’s social channels for information on special sales discounts coming in December for all formats!

Killing Floor 2 is developed and published by Tripwire Interactive and is published at retail by Deep Silver and Iceberg Interactive for the Xbox One, Xbox One X, PlayStation®4 Pro, PlayStation®4, and PC. This title has been rated M by the ESRB, PEGI 18, USK 18.