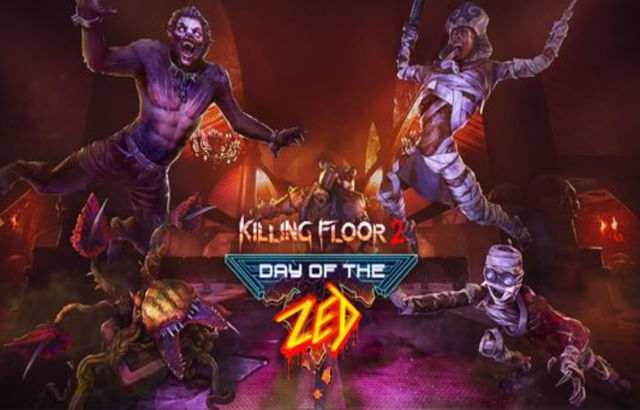 Halloween celebrations has started early with today’s launch of the Killing Floor 2: Day of the Zed Halloween update. Out now for the PlayStation®4 computer entertainment system, Xbox One family of devices including the Xbox One X, and PC via Steam or the Epic Games Store, today’s free update for the first-person shooter, co-op action title brings a cornucopia of spooky new content for players to sink their teeth into, including the new Netherhold map, weekly game modes Wild West London and Abandon All Hope, weapons, cosmetics, and the return Halloween-themed Zed variants!

To celebrate today’s Day of the Zed update, Killing Floor 2 will be on sale across all platforms in various Halloween promotions later in October. Be sure and follow Tripwire on social media for all of the latest sales information!

Killing Floor 2 has an MSRP of $29.99 / €29.99 / £24.99, and is developed and published by Tripwire Interactive and is published at retail by Deep Silver and Iceberg Interactive for the Xbox One, Xbox One X, PlayStation®4 Pro, PlayStation®4, and PC. This title has been rated M by the ESRB, PEGI 18, USK 18.
Stay up-to-date with the latest Killing Floor 2 news and information on the official website. You can also keep track of Tripwire Interactive by visiting the official website, Facebook, Twitter, Instagram, and YouTube.