LLeague of Legends is the most popular PC game in the world and has a very strong competitive eSports community; this was one of the first MOBA games ever created and is still incredibly popular. This Multiplayer Online Battle Arena was developed and published by Riot Games in 2009 for a world-wide release. The game has seen many content and visual updates to ensure the game stays within the modern standards of gaming and to keep players interested.

The game features a large amount of customization with over 120 unique champions to select from which all have a variety of skins; while the skins don’t impact the game-play they do allow players to look more unique. The playable champions are spread across six different roles that determine how that champion should be played however, players can customize their champion to an extent with the skill systems.

At the start of each match, all players start at a low level and as the game progresses they can select which skills or abilities they want to unlock. Each champion has a skill line that allows players to upgrade in a specific way; while each champion and role follows a certain play-style, the player can customize their champion to an extent.

Game-play in League of legends follows the standard MOBA style where two teams battle in the arena to destroy the others core first; the teams are constructed of five players who each select a different champion. Players level up in matches by killing NPC minions in lanes, by slaying enemy players or by assisting their teammates. 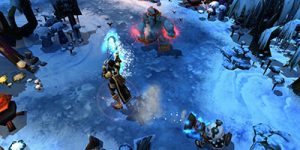 There are three main maps in the game which are all unique; each map has different objectives which can be used to the advantage of one team. Various monsters can be found on each map and the team that kills them will be rewarded with a special buff that provides one player or the whole team with an advantage. In addition to this, each map contains defensive structures designed to delay or harm enemy players as they push towards the other base. Players need to destroy these structures to get into the enemy base.

With a wide variety of game-modes and an in-game competitive mode, there is a lot of content in League of Legends and it’s easy to see why this game is still extremely popular. This is a solid MOBA game and has very few flaws, Riot Games is dedicated to the game and still working on the various aspects of it. When looking for a new MOBA to play, League of Legends is one of the best options around.

Wildstar Is Shutting Down Today: Here’s Why Wildstar Won’t Make It To 2019