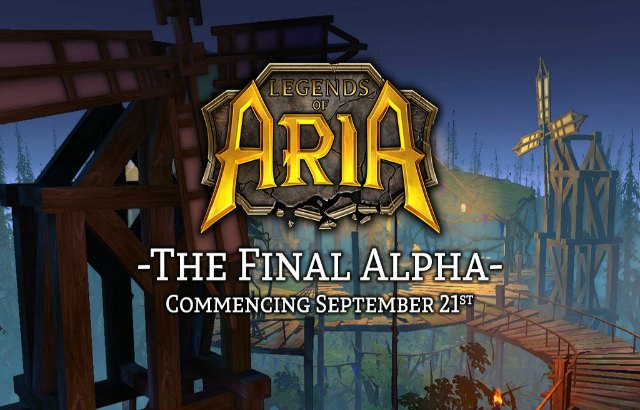 Legends of Aria (formerly Shards Online) will be entering its final alpha stage on September 21st. The official servers will return online in September to all current pledges. All players who are currently supporting the game via a pledge will gain full access. There will be new areas of Celador in addition to brand new feature sets.

In total, the final alpha adds 32 new abilities, 100 new weapons and armor plus 300+ new items and crafting resource. Legends of Aria is shaping up very nicely, although there are many in the community who still dislike the name change. Shards Online is a rather technical term that does signify the ability for players to host their own servers, known as Shards. Hence, Shards Online.

Legends of Aria does sound generic, but it is understandable that the game needs a new image for their launch. Presently, Aria has 7, 245 players pledging with over $400, 000 in funds raised. It will be interesting to see what other features will be rolling out in the near future. And not to forget, The Steam beta will arrive after the final alpha is over. So it won’t be long before all tiers of pledges will be able to enter the world and play the game. For more information, check out the official link here.