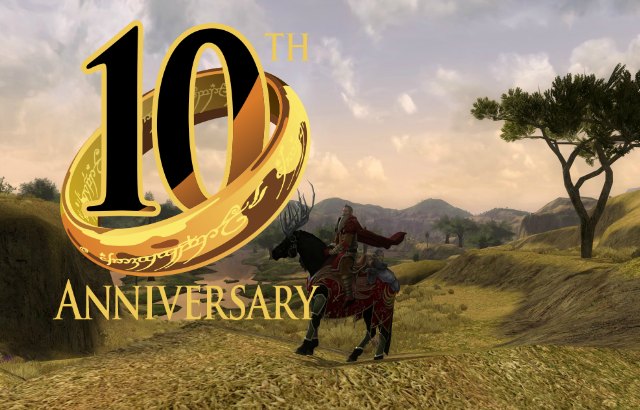 April 20th will be the official start of the festivities in The Lord of the Rings Online. To kick things off in-game, the annual Anniversary Event will be back. There’s an expended fireworks event at the Party Tree in the Shire, with the developers claiming this is a “must see”.

Outside of Lotro, celebrations in the form of flashbacks will start on the 15th. Video game music composer Chance Thomas, who composed a majority of the Lotro scores, will be featured. Lotro will be posting a video every day from the 15th onward, highlighting some of his best tracks with commentary.

On the 2oth, the big new celebration event will go live. According to the website, this event will run for two months. It also contains three new quests that unlocks weekly. Each quest will bring players back to old places in Middle Earth and will earn some cool rewards too. Players looking to get started can do so by visiting Mr. Waldo Rumble at the Party Tree in Hobbiton.

Besides those, Lotro are also planning a whole bunch of live video content. There will be a 12 hour stream on the 25th. Community Manager Jerry “Cordovan” Snook will take viewers on a tour and down memory lane in stream.

We are very much looking forward to celebrating this great milestone in-game. For more details on the anniversary celebrations, visit the official website here.