LOTRO: How to enjoy yourself?!

LOTRO: How to enjoy yourself?! 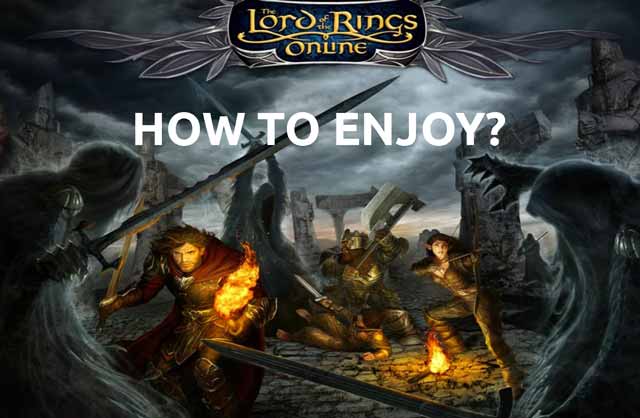 LOTRO: How to enjoy yourself?!:

THERE IS MORE TO QUESTING AND CRAFTING, LET YOURSELF LIVE A LITTLE!

Let’s face it, MMOs nowadays lack the need for interaction with players. Most players only join MMOs to have a sense of superiority and ability to solo raids, dungeons, instances or bosses. That defeats the whole purpose of it, go make some friends, be part of a kin and interact with people around the world.

There is literally nothing quite like it than having your own virtual pals and family. In LOTRO, the player community is some of the nicest, if not, the best. In addition to roleplaying and questing, you learn a thing or two about them. Throw some pies and scare the bazookas out of them. There is nothing quite like it. LOTRO have a mic system that allows you to speak to one another if you are uncomfortable sharing Skype or Discord accounts. Chill out by the tavern in Bree, in the kin houses or even sight-seeing around Middle Earth.

From Chicken Ball/Chasing to buried treasure and even the festivals, LOTRO events are literally the fun main events of the game. Summer, Harvest, Yuletide and Spring Festivals held at different locations with the appropriate background theme. Each of these festivals encompasses many hilarious and charming quests with rewards beyond your measures. Quests may involve fishing, drinking ale or alcohol until you’re wasted, food eating competitions, maze challenges, snowball fights and races. The developers really do love their players. The quests also lead up to secret societies or club-like association where it is only open during those seasons. Mysterious ain’t it, well there is more to it than meets the eye! The rewards of course, features unique mounts that may be class-locked, multiple cosmetics, pets, players utility skills and more to come. Who wouldn’t want to stroll through Mordor looking fabulous as you slay some orcs.

Yes, LOTRO community are some of the most active by servers. Players host their own events from time to time and the entire server comes together to partake. In October 24th 2013, players from Landroval server held a fellowship walk following the path of Frodo and his fellowship had taken, naming it the “Walk of The Fellowship”. The main purpose however, was raising up to $5,000 for a charity event for children. Imagine that, the chills you get!

Some people genuinely believe that if they look good in whatever armour or linen, they play well. In LOTRO, fashion, cosmetics and outfits are bottomline jaw-dropping and stunning. You may refer to many, if not, various blogs on how to dress your character by their race or classes and even themes.

As quoted by my friend; “This allows me to be satisfied with my character and immerse myself more in the game”.

While the story line is filled with drama and all the notable characters of Tolkien’s lore, raids are definitely the highlight to be noted. LOTRO raids vary between 6 to 12 to 24 man sizes. Each featuring a number of roles to be fulfilled and thorough strategies. From partaking in wars, taking down giants and trolls, defeating dragons and many more, there is no reason you should miss out on anything in this game. Most raids are called out through world chat, if not they’re done through kinship. Pick and choose whichever that helps but I would suggest joining a kinship.

Now most games do not have this system as you get to play as the evil side of the game. While MMOs have different factions thriving for a somewhat same goal, LOTRO is focusing on massacring one another. Players are given the option to play in Ettenmoors as a bloodthirsty Orc, venomous and deadly spider, howling and  beastly wargs and so forth. If you have any hard feelings with a player, login as a monster and target him till he dies. Plus you get to level up with perks and others.

(✓) Travelling, take some time off.

You clearly have no clue what I am saying. Basically, close your UI systems by pressing F12, crank up your graphics and mount yourself. Travel without a map or radar, go everywhere and anywhere however long it takes. Snap some photos by pressing the “print screen” and post in on your social medias. LOTRO’s sceneries is the top of the many wonderful experiences of the game. Gondor, Lothlorien, Rivendell and many more. Sit back and enjoy the ride. Best part is, there no need to plan and you can invite friends on a spontaneous journey that may last hours, days or weeks.