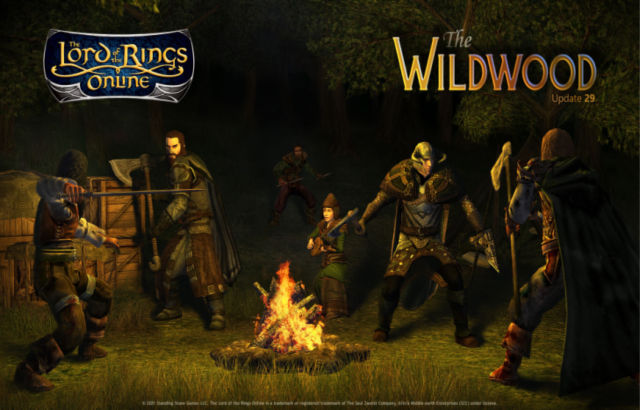 The Lord of the Rings Online, SSG’s free to play MMORPG, has launched a brand new update this week, Update 29 Wildwood. Beyond the Bree-fields lies the lightly travelled wilderness of the Wildwood. This heavily forested area has drawn the attention of two groups of Free Peoples who vie for its resources. The League of the Axe, a group of game hunters and miners down on their fortunes, seek to tap the land’s resources and ferry their bounty down the Brandywine from Trader’s Wharf to markets abroad. Meanwhile, a group of villagers in Trestlebridge have formed the Woodcutter’s Brotherhood, with the goal of taking advantage of the Wildwood to benefit the folk of Bree-land and rebuild Trestlebridge to its former glory. Both factions must decide the fate of the Wildwood as they work against unsavory Brigands and the Tarkrîp Orcs. The update also includes two new 3-player scaling instances set in Eriador, “Woe of the Willow” & “Agoroth, the Narrowdelve”. Free to VIPs and now available in the LOTRO Store!

All LOTRO players can expect a brand new zone to quest in, containing plenty of fresh Middle-Earth stories to continue your adventures.

Besides that, the patch notes indicate a ton of tweaks to items, Virtues, PvMP, quality of life issues and classes. Check out the full release notes here.