LOTRO Update 23 Review: What We Liked And Disliked About The Where Dragons Dwell Quest Pack

LOTRO Update 23 Review: What We Liked And Disliked About The Where Dragons Dwell Quest Pack 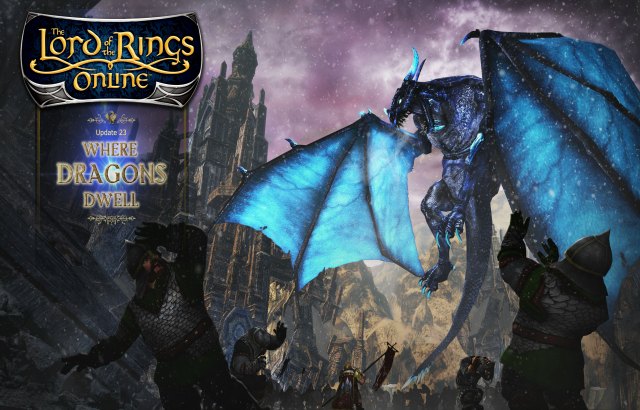 The Lord of the Rings Online (LOTRO) has released its latest update, U23: Where Dragons Dwell and after having a week to playthrough the new content, here’s what we think!

What’s enjoyable this update is seeing how LOTRO’s main story continues even after the destruction of the One Ring. There’s many more stories to be told and Update 23 is a good example of this. With the new update, players are pursuing several narrative threads that answers questions about what’s been happening to the other races and regions in Middle Earth while we were taking down the big baddie in Mordor.

This time around, we get to learn more about the Longbeard and the Zhelruka Dwarves – two clans that couldn’t be more different from each other. On top of that, there’s a quest-line that shows us the plight of the Easterlings who’ve come to one of the new zones, the Iron Hills to find a home because of the war in Rhun. Better yet, we get some familiar names as we follow Dori’s quest to find his brother Nori who’s ventured off to the second new zone Ered Mithrin in search of an ancient kingdom. And the main narrative involves Durin, son of King Thorin III Stonehelm that wants to grow into his role of leader, and you help him do so. There’s plenty of moving story pieces that ties the questing, dungeon and zone stories nicely and we enjoyed that a lot in this update. 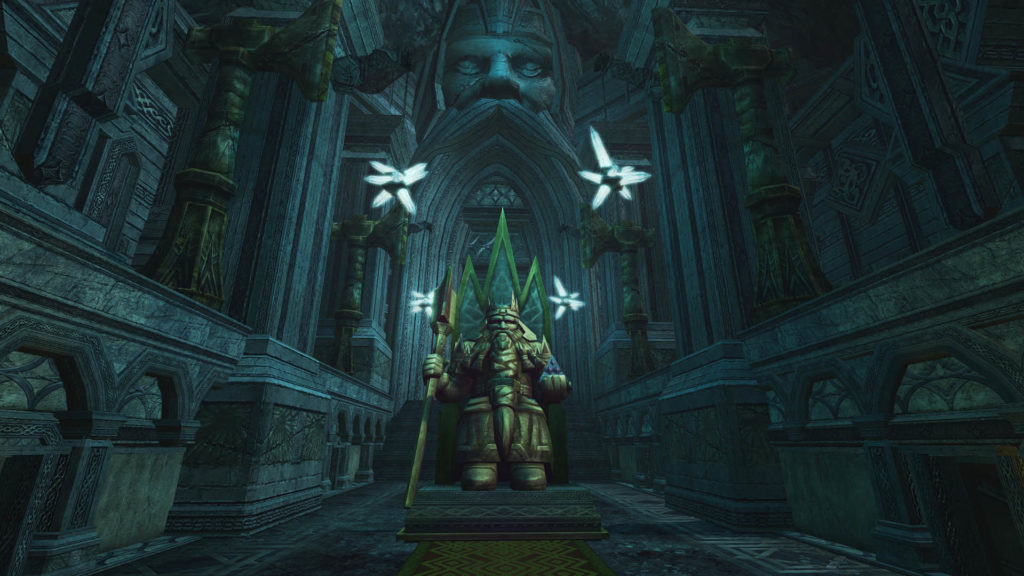 What we really liked about Update 23: Where Dragons Dwell is that it comes with dungeons ready to go. In the past LOTRO would release the instance cluster separately from the update, a few weeks or even months down the line. Not this time. There’s new 3 and 6 player dungeons, with the raid coming at a later date. We’ve tried a few of the new dungeons and we liked what we saw. For starters, they have decent mechanics. Glimmerdeep – one of the first 3 mans that open at level 118 – is tied to the zone story as all of them are, and you’re exploring a cave filled with Gundabad Orcs. You can either do it solo or with the full 3 man small fellowship, and you’ll have to move this mine cart along as it doubles up as a distraction later on. That’s just one example of a fun twist in these new dungeons, and the boss fights are quite the challenge.

However, the difficulty scaling in these new dungeons aren’t quite right. Solo feels just as hard as doing it in the 3-man version, which leads us to believe that the tuning is definitely something that the devs are adjusting as more patches roll in. Either way, these group or solo content still offers another avenue to get gear drops from chests, XP and new tokens as well. 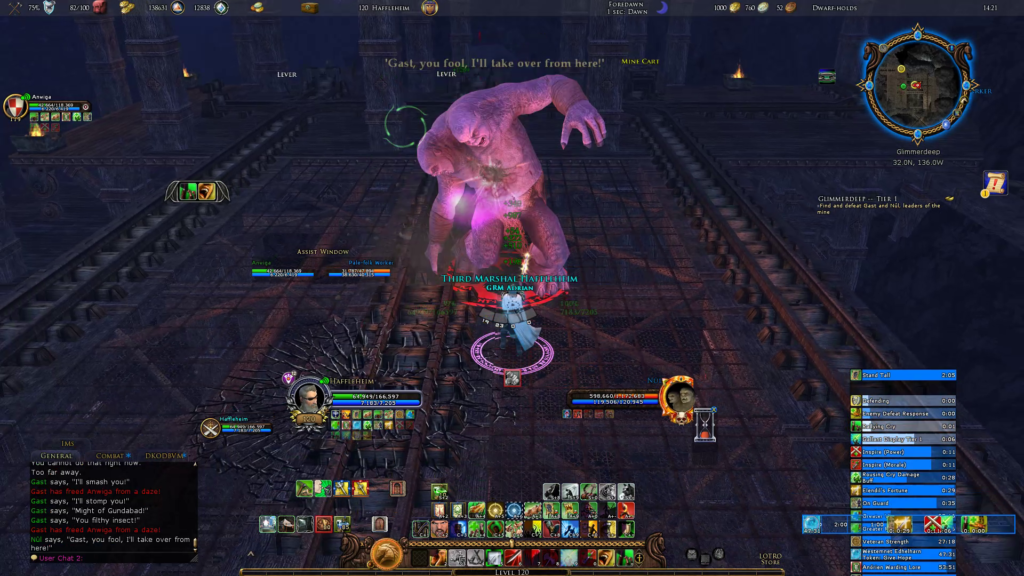 Unlike LOTRO’s Mordor expansion released last year, Where Dragons Dwell is a lot more forgiving. As long as you have decent level 115 gear at the beginning, landscape monsters you encounter on your way to 120 should not be too hard to overcome. The Light of Earendil vs Shadow of Mordor mechanic is now gone too for these new zones, so that’s one headache less to deal with. As of time of writing however, LOTRO does have scaling issues with higher level mobs. Players are finding it harder to kill things the closer they are to 120, even with new gear and the developers have acknowledged this in a post we’ve pictured below. So do keep that in mind if you find yourself dying plenty when playing solo. Otherwise, most of the content is a breeze in groups of two or more, unlike the dungeons and instances.

When it comes to player activity in this update, LOTRO U23 offers some impressive amount of content especially with questing. There’s over 300 new landscape quests that players will encounter from start to finish, with Daily Quests making a return. The latter will be a solid way to earn reputation with the new Dwarven factions in addition to getting the new landscape token currency to barter for rewards like crafting recipes, cosmetics and more.

Unfortunately, a large majority of the questing design in LOTRO feels dated in comparison to new MMORPGs and their questing design. Expect to be doing a lot of fetching, killing and back and forth style of quests that really does make players feel a little jaded, especially when they’re offered to you back to back. Take nothing away from the stories of these quests though. The game leads you from hub to hub alongside the main story served via the Black Book of Mordor, and both are great for XP points needed to hit the new level cap of 120. They’re also a decent way of getting new gear and equipment to replace the ones you’ve been using over the past two updates, to ensure players are on-level with the monster difficulty. Needless to say, you definitely will want to quest as much as you can throughout this update. 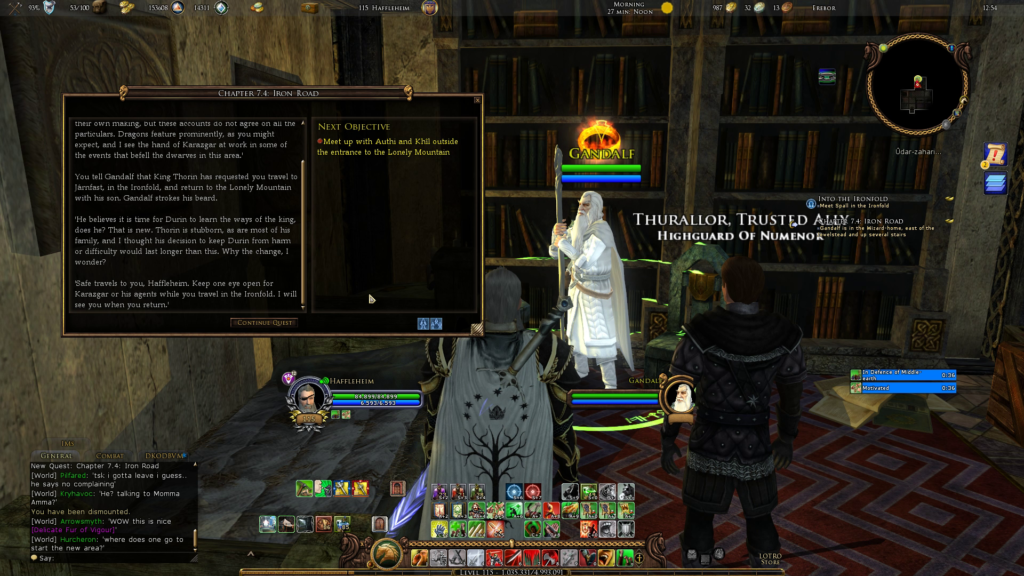 For VIP subscribers and lifetime players, getting a free update of this magnitude and caliber is a sweet deal. There’s plenty of content to chew threw, offering new stories that are engaging especially if you’re a big fan on LOTR and the Tolkien lore. Standing Stone Games have always made it a point to release content that’s authentic to Middle Earth, and Update 23: Where Dragons Dwell is no different.

The best part for returning and existing players will definitely be exploring the new areas and learning the fate of these Eastern Dwarves. It’s nice to see new characters take center stage like Durin, son of Thorin III Stonehelm, who’s on a trajectory to become a worthy successor in a long line of well established Dwarves. It’s things like these that gives the update that extra excitement as opposed to following classic characters that players have grown so accustomed to (and maybe even burned out from), like Gandalf, Aragorn and Legolas. These fellas are definitely in the back seat now, but that’s not a bad thing as the player’s characters and the new ones are given the spotlight to shine, resulting in a more engaging adventure. Overall, U23 has been a solid adventure and one that sets up the next chapters of the Black Book of Mordor superbly.