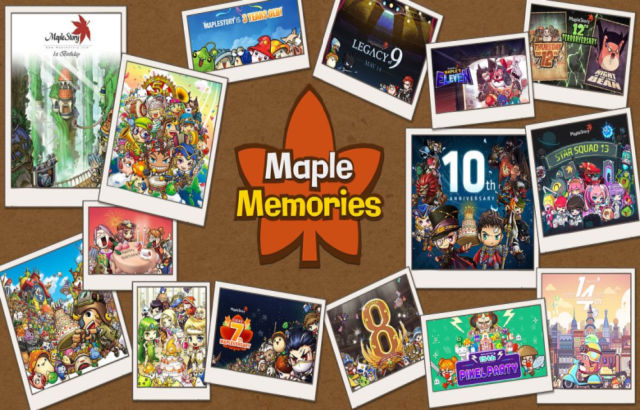 MapleStory, the iconic free-to-play global MMORPG from Nexon, is opening the doors to the exclusive Hotel Maple to celebrate the game’s 16th anniversary.

Starting today, players can enjoy the benefits of the Hotel Maple VIP Membership and participate in special anniversary events including new missions and mini-games, and can take to social media to reconnect with old gaming friends and share their most memorable MapleStory moments.

Maplers with characters at level 101 or higher can gain access to the VIP Membership at Hotel Maple, which is a special reward-earning ranking system for the 16th anniversary. Knowledgeable Hotel Maple concierges are available on site to explain the many benefits of the VIP Membership and assist players every step of the way to maximize their experience and rewards.

Upon becoming a VIP member, players unlock the ability to earn special 16th Anniversary Points and 16th Anniversary Coins by completing anniversary missions and mini-games. Coins and points can be redeemed for a variety of different items including Membership Points, VIP Skill Points, and VIP Coupons to rank up their membership, buy special items at one of the many Hotel Maple shops, and boost stats.

Throughout the event, Membership Points will allow VIP members to rank up their membership and in turn, earn additional benefits based on rank shared between characters in the same world. Maplers that achieve the VIP Prestige rank will receive the illustrious Hotel Maple VIP Member medal.

In addition to the in-game event, players can share in the nostalgia of MapleStory by posting their favorite game memories and MapleStory content on their Twitter, Instagram, and YouTube pages using the hashtag #MapleMemories. All social posts containing this hashtag will be compiled on the Maple Memories website, allowing players to reconnect with fellow Maplers to reminisce and share their most memorable moments over the past 16 years of MapleStory.