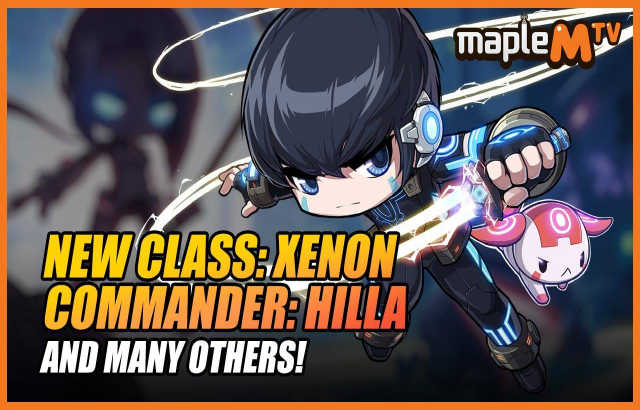 A uniquely versatile class, Xenon can equip both Thief and Pirate gear. Xenon uses both Mana and a class-specific energy supply for his skills, all while wielding a lethal energy whip that can cut through nearly anything.

This update will bring various additional elements, including the ability to craft Android companions, which can show off equipped gear and outfits. Commander Hilla, a new boss with Normal, Hard, and Chaos difficulties is also added.

A selection of limited-time events celebrating the new Xenon class are available, including:
Xenon On-Time Event: Until February 15, 2021, players who log in will receive a permanent Xenon Update Box and a limited-time Triple Dillo Package.

Xenon Burning Project: Until March 8, 2021, there will be a 1+2 Level Up event for Xenon characters.

Valentine Event: From February 10 to 24, 2021, defeated monsters will drop items which can be used to summon chocolate-themed monsters. Players will want to summon and vanquish these chocolate enemies to collect ingredients which can be combined with each other to receive a variety of buff items. Participants in the event will receive rewards proportional to the number of chocolates crafted.

Maple Museum 2: Running from February 17 to March 11, 2021 the Maple Museum 2 event allows players to earn celebration boxes from both the Relic and Biological Hall as the event is completed. Maple Museum 2 will include a Daily Quest, Spiegalmann’s Request, which gives players a choice of four types of parts or equipment to donate and gives back players equipment in return.