MapleStory M: Everything You Need To Know About The Kaiser Class!

MapleStory M: Everything You Need To Know About The Kaiser Class! 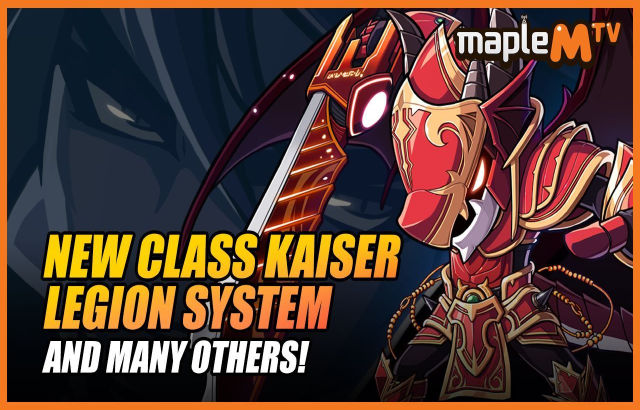 MapleStory M, the free-to-play mobile MMORPG is expanding its roster with the introduction of the legendary half-human, half-dragon warrior, Kaiser, and a new Legion System in its last update.

Wielding a massive two-handed sword during battle, Kaiser is an ultra powerful Nova Warrior hero who can build up a Morph Gauge by performing combos and special attacks. Once filled, this Morph Gauge briefly allows Kaiser to become his true form, making him nearly-invincible for a short time. The update also brings new equipment for Kaiser, along with the Grandis area and new monsters.

Along with the character, this update also adds a new Legion System to the game. This system is similar to the existing Maple Tree Festival System in MapleStory M, and will allow players to designate occupation areas for their characters and give bonuses account-wide for their other characters in the same world. The system will also consolidate and rank information and levels of these same world characters to make things more organized.

To celebrate Kaiser’s arrival in MapleStory M, there will a number of limited-time events:

Along with the addition of new content, the amount of EXP required to level up has been adjusted for quicker levelling up between levels 35-220, making it much easier to complete guide missions. Compensation rates have also been raised to support equipment growth, weapon and armor Star Force 1-10 enhancement costs have been lowered, and Hunt and Collect requirements in Quest have also been lowered for overall advancement improvements in game.

The Monster Collection has also been updated to include Pantheon area monsters and display the collection amount in the monster collection area achievement.