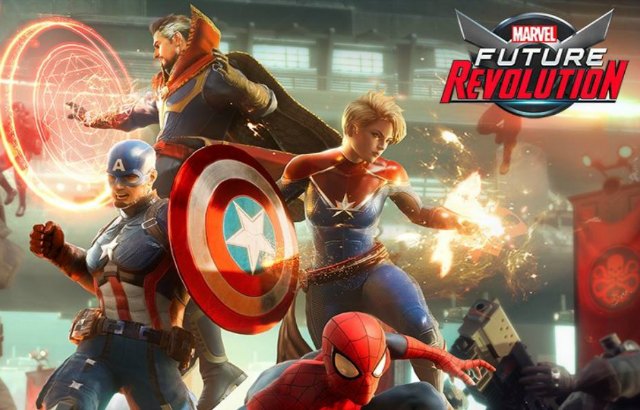 “Netmarble is thrilled to continue our successful partnership with Marvel, especially as we are nearing the five-year anniversary of MARVEL Future Fight,” said Andy Kang, Executive Producer of Netmarble. “We look forward to share a whole new open world experience with Marvel and mobile gaming fans everywhere.”

At PAX East, Netmarble and Marvel revealed the official teaser trailer of MARVEL Future Revolution and showed attendees a first look at the game, all fully-realized in a 3D open world with AAA quality graphics, a massive scale and unique freedom of play. This new collaboration between both companies will offer very special experiences as gamers and Marvel fans will assume the roles of various versions of Captain America, Captain Marvel, Spider-Man, and Doctor Strange among other Super Heroes and set foot in an enormous open universe with iconic merged locations like Xandearth, Sakaar and more to explore.

“For fans that have dreamed of exploring the Marvel Universe in a sprawling, open-world setting, MARVEL Future Revolution  gives players the chance to not only journey through these strange new locations, but also customize their favorite Heroes into never-before-seen costume combos,,” said Bill Rosemann, VP and Head of Creative at Marvel Games. “We’re excited to be working with Netmarble once again after nearly five years of continued success with MARVEL Future Fight, and look forward to MARVEL Future Revolution providing countless hours of fun for players to battle alongside their friends and save our universe.”