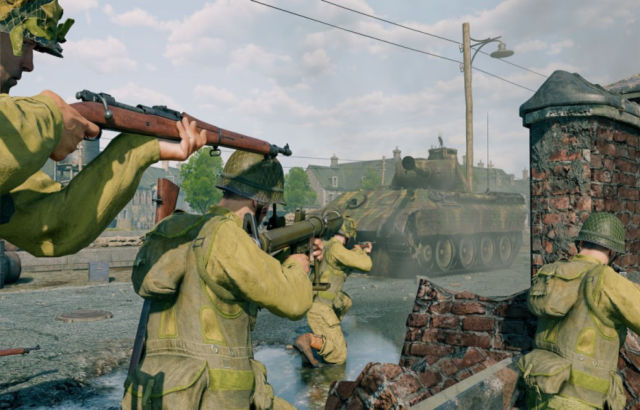 Gaijin Entertainment and Darkflow Software announce that the military online action Enlisted has received the major 0.2.0 Content Update that opens the second phase of the game life cycle. The “Battle of Tunisia” campaign is now available to all players, marking the release of all four campaigns originally revealed. “Battle for Moscow”, “Battle for Berlin” and “Invasion of Normandy” also see new missions and other content like weapons, soldiers and vehicles. The team is already working on the new campaigns, and the specific battles chosen for them will be announced later. The update also brings new gameplay mechanics, including a new “Destruction” game mode, all of them developed with the help of user feedback.

The “Destruction” mode goal is to get to the enemy’s key objects, set up the explosive device and repel counter-attacks until the target is blown up. Defenders can prevent destruction by killing the attackers and they also have time after the start of the timer to disarm mines in the area. Each soldier on the attacking side has explosives in this mode. The new mechanics include trench digging right in the middle of battle, smoke artillery strikes, moving unlocked weapons between campaigns and issuing individual orders to each soldier in a squad. Motorcycles and boats can be used to move through the battlefield faster.

The battle in the “Omer” mission in Normandy takes place on a map inspired by the city of Saint-Omer in Northern France. While players have already experienced a beach landing and rural areas fights, now they’ll see what city combat looks like with snipers on the roofs and anti-tank squads hiding behind windows. The large canal in the city centre allows faster travel via motor boats. The “Quarry” mission in the Moscow outskirts is another unique battlefield. Bullets and cannon shells bounce off the static bulldozers, cranes and other heavy equipment, while numerous pits and mounds make great cover. Finally, a new “Fortress” mission in Tunisia is a huge military base encircled by walls.

The update brings new progression levels to all Enlisted campaigns. For example, players now have a way to unlock the PIAT grenade launcher, Bren Mk I machine gun, Beretta M38/42 submachine gun, R 75 motorcycle, Panther A medium tank, MiG-3-15 fighter and dozens of other weapons and vehicles. It’s also worth mentioning that all closed beta test content from “Battle of Tunisia” i.e. Carcano M1891 rifles and AB 41 armoured cars  are also now available to everyone.

The full information on this update is available at the official Enlisted website: https://enlisted.net