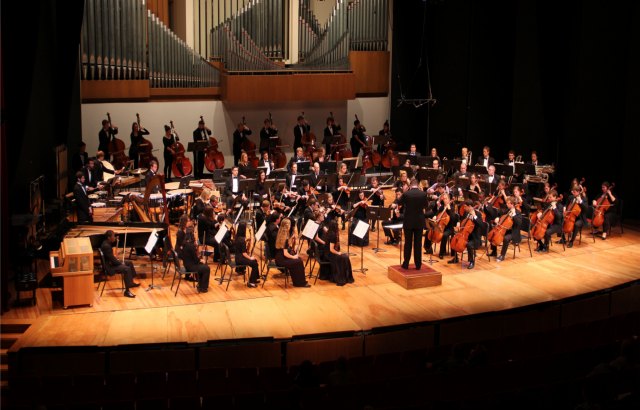 Does music and soundtrack in MMORPGs matter? Are they important for a game’s success? Over the past few weeks I’ve come across several forum threads in games where players bemoan the lack of decent soundtrack. Others argue that it’s the icing on the cake, once the important aspects of the game are good enough. Of course, gameplay, graphics and mechanics all take precedence over in-game music.

But I wouldn’t rule out the importance of music for an MMORPG unlike many do. In fact, I think they are just as important as a game’s art style and visuals. The quality of the music is a statement about how serious a game is about it’s theme, world and setting. Many games struggle to find the perfect balance. Some, have forgone hiring a composer and do this in-house using electronic keyboards to mimic a grand orchestra ensemble. It’s not the same folks. You can’t get away with it, as quality always comes through one’s headphones or speakers. So here’s why I believe soundtracks do matter in MMORPGs.

Themes That Stands the Test of Time

Think of all your favorite games in your library. The best moments, the biggest milestones and the fondest memories. More often than not, you can recall the main theme of the game where these moments come from. There are many other players like I, who enjoy video game music and will even go outside of the game to apps like Spotify to get our fix of game music.

Over the years, many of these main themes and tracks have become legendary, befitting the game it represents. A lot of us can probably hum the Maple Story theme, or whistle along to The Lord of the Rings Online’s login music. Many of us play World of Warcraft’s Legends of Azeroth in the gym to pump us up, and some of us play Everquest’s theme before bed.

The point is, we’ve come to embrace and love the music from these games as much as the games themselves. And that’s how powerful a factor that good music can be to influence a player’s affinity towards your game.

The Notes of Nostalgia

Sometimes, a great theme can even “carry” a game that’s lightweight in terms of visuals and graphics. Take one of the latest sandbox MMOs for example in Albion Online. At it’s core, Albion Online is incredibly simplistic when it comes to art and visuals. But the game has gone above and beyond to hire a full orchestra to produce the game’s soundtrack, and the result is fantastic. It makes the world a much more richer and vibrant place to be.

And let’s not forget to huge factor that nostalgia brings to MMORPGs. Sometimes a mere hint of a tune from a game can stimulate a player’s senses, and make them yearn to return to that MMO. This has happened to many times over the many, many years I’ve been gaming.

Ultimately, MMORPG needs a good soundtrack just as it needs good gameplay mechanics and graphics. All these aspects combines to create a grand world of escapism for players and that’s why we love MMOs. It’s hard to argue that music doesn’t matter when it clearly does. These days, studios almost feel like its addition is a mere afterthought. A simple assignment to check it off the task board before moving on to other aspects. But don’t write of music. Powerful themes and nostalgic tunes are what makes these games memorable for many. And while soundtracks will never be a sole factor for an MMO’s success, it sure is a damn large factor of why players love them.