Mortal Online 2 Steam Beta: What You Need To Know

Mortal Online 2 Steam Beta: What You Need To Know 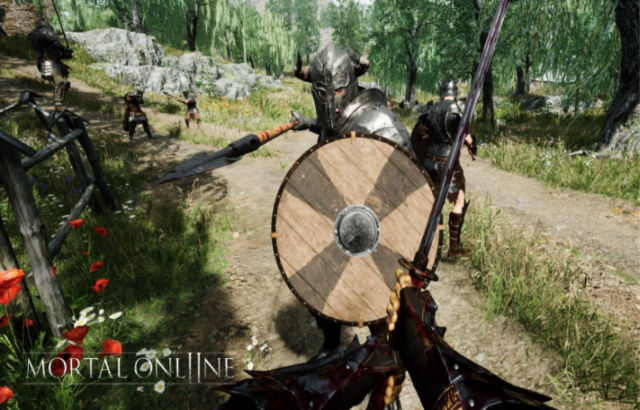 STAR VAULT are pleased to announce they are bringing their upcoming first person, hardcore sandbox MMORPG, Mortal Online 2 into Closed Beta. Running between September 6th until September 12th, the Closed Beta will give the devs a chance to stress test Mortal Online II’s systems to make sure server stability is optimal for early access launch later this year while giving returning and new players another taste of the savage and skillful PvP combat the Mortal Online series is known for.

During the Beta a screengrab competition will be run across Mortal Online social media, where the winner will receive a key for the full games of Mortal Online and Mortal Online 2, worth over $100! Studio founder Henrik Nyström will also be streaming regularly, answering questions, talking through updates, patches and giving the latest news on the plans for Mortal Online II’s upcoming launch into early access! Details for all these events can be found through the official site and will also be presented by Henrik in a Twitch stream at 19:00 UTC today which is linked below.

The entire world of Nave is an open PvP and PvE space, and at over 6 times the playable area of the original Mortal Online, there’s room to run but not to hide. Battle the living open world around you as well as other players in skill-based real-time combat that players have loved for the last decade.

Mortal Online caters to players of all shapes, sizes and playstyles. Become a legendary crafter whose goods are traded across the globe, become a famous warrior by mastering the art of combat, explore areas never before seen by other players. This is a world where your individual reputation is everything. No matter what path you choose, people will recognize you by the impact you’ve made on the world around you.

Build your own house, create a guild, construct a keep and forge an empire. With enough power, violence or diplomacy, you and your allies may rule an entire nation.