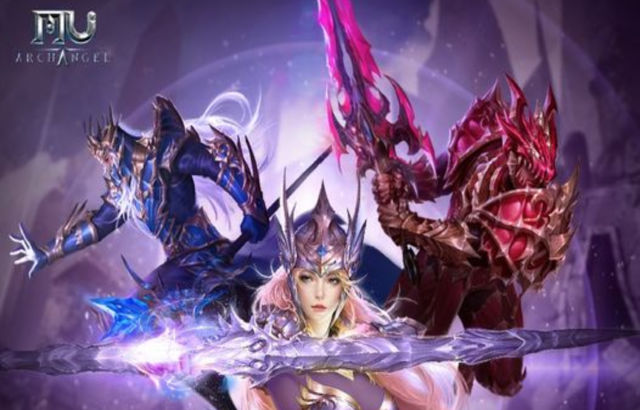 MU Archangel is a mobile spin-off of the popular PC MMORPG ‘MU Online’, which brings elements from the MU universe to mobile devices. After its successful SEA release, MU Archangel has received another update to offer even more PvP content along with the new Chrysos Arena modes.

First, the latest update added a new fierce battlefield, Chrysos Arena, which is unlocked after Master Level 20, with new seasons beginning on the first Tuesday of every month. The arena opens every Tuesday, Thursday, and Saturday from 11:00 till 05:00 of the following day, and it is divided into Regular and Final zones.

In the Regular Arena, players must survive fierce duels, and they can enter for free up to six times a day. Players will be rewarded with Battle Coins after each battle, which can be used in the Battle Shop, another new feature added to the game with the update.

Aside from the Regular Arena, the Final Arena is reserved for the 32 best warriors, with matches taking place at 21:00 on the last Thursday and Saturday of every month. Various Arena rewards including Final Rewards, Server Rewards, Tier Rewards, and Match Rewards will be waiting for PvP enthusiasts during the Chrysos Arena season.

Another new feature of the latest update is the Crusade Equipment, which can activate Crusade Skills once their set is completed. Crusade equipment is only available once a player reaches Master Lv. 100 and 5th class change, and it can be crafted by using Jewel of Creation, Crusade Shard and Jewel of Chaos.

Finally, the level cap has been increased from 700 to 800, and this update also includes 7th Class Change, several tweaks, optimizations, and bug fixes.

MU Archangel is available to download on the Google Play Store and App Store in Southeast Asia countries, in English, Thai and Chinese.