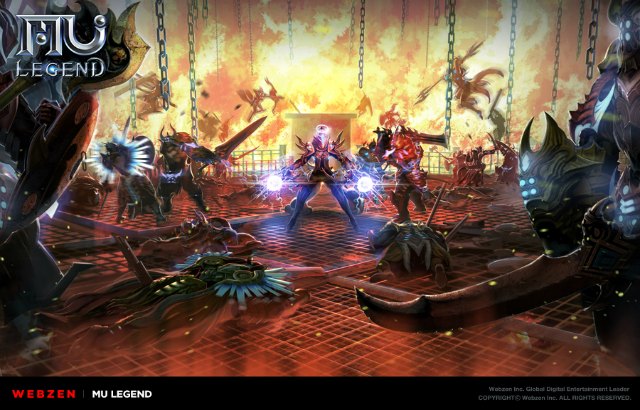 Webzen has announced the release of the new content update Chaos Castle for its action MMORPG MU Legend.

Chaos Castle is a PvP mode known from WEBZEN’s popular MMORPG MU Online. In this mode, players fight against up to 50 other players until only one winner is left on a map which gradually shrinks over time. Chaos Castle will be open every day from 14:00 to 15:00 and 22:00 to 23:00 server time.

Players can also look forward to improvements in the guild system, with an increased maximum guild level and additional buffs for Guild Shrines. Furthermore, donating Trophies now allows players to obtain Guild Contribution Points. Lastly, players participating in the Faction War with their guild can enter a new Boss Challenge room which is available in 2- and 3-star territories. As a special benefit, 3-star guilds can also activate a server-wide buff.

To celebrate the arrival of the Chaos Castle update, the MU Legend team has arranged various events: players can look forward to an Enchantment Discount event and a Transcendent Stone Giveaway, as well as the popular Legend of Dice event which will last for a month and provide players with special items and better reward chests.