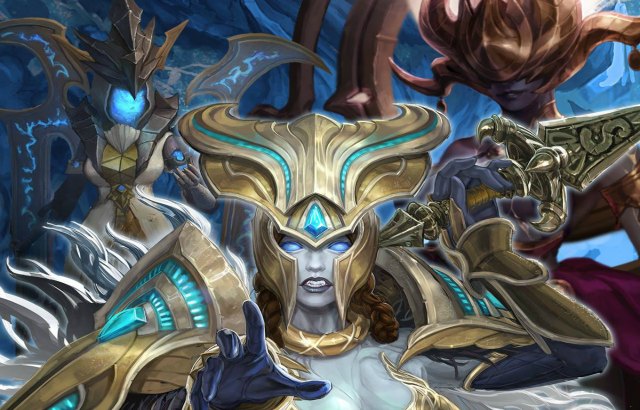 MU Legend has welcomed its latest class to the game this week. The Spellbinder is the 5th class available in the game, and its arrival today will give players a new gameplay experience. A support mage, MU Legend’s newest class uses wide-area crowd control and devastating direct hits to defeat enemies.

With strong PvE and PvP abilities, the Spellbinder’s unique skill set is sure to help players establish themselves in the leaderboards. Players can check out a new Spellbinder overview trailer on the official WEBZEN YouTube channel: https://www.youtube.com/watch?v=9kKO7sMYZNA

Dennis Czybulka, COO at WEBZEN Dublin, commented: “During testing, the Spellbinder’s strength in PvP battle and its capacity to be the linchpin of any band of heroes battling their way through PvE dungeons really stood out. The Spellbinder is truly one of a kind!”

While the Spellbinder is the highlight of today’s release, WEBZEN has also announced several important additions to the game, starting with a new dungeon: Lupa’s Ancient Archive.

The dungeon accompanies an upgrade of the existing Epic dungeons, which introduces 5 new difficulty levels. Additional achievements, along with new Set and Mythic items, also await players. Furthermore, the release comes with the opening of a new Faction War season.

To celebrate the update, the MU Legend team has deployed several events. Players can get reward boxes simply by creating a new character. Those who have not played since before 7 March can also receive rewards, as will players who log in during one (or all) of the weekends between 20 March and 17 April.

The Spellbinder also has its own in-game event, named “The Chakram Event”, for which the players can earn multiple rewards. Finally, MU Legend will celebrate the Easter season starting on 20 March with the “Easter Hunt Dungeon” event. Players can check out the following link for more details about these events: https://mulegend.webzen.com/en/News/Notice/celebrate-the-spellbinder-s-arrival-1431154