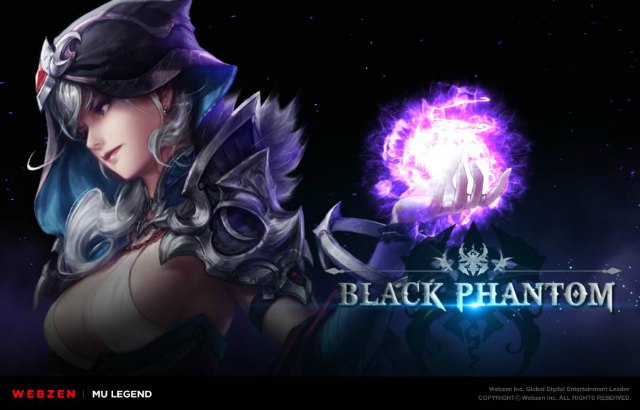 WEBZEN, a global developer and publisher of PC and mobile games, has announced that a big expansion for its action MMORPG MU Legend will arrive in April.

This upcoming expansion will include a new and powerful character, the Black Phantom, a wielder of dark magic in its purest form.

The Black Phantom is a human, female mage with her own unique set of skills and mechanics. The Black Phantom will be arriving in the game in April. For a sneak peek at the Black Phantom, audiences can check out the new teaser trailer now available on the official Webzen YouTube channel: https://youtu.be/F8B5XDDmdss

The Black Phantom update will also bring a host of new features to the game, including a level-cap increase to 80, new Mythic and Epic dungeons, the 2nd part of Noria’s story, and unique weapons and armor for all characters.

Along with the arrival of the Black Phantom, the MU Legend team will be running a variety of new events and many fun activities for all players. Interested players will need to stay tuned for the upcoming news regarding the release date, but WEBZEN advises all users to save some time to play MU Legend during Spring 2019.

For further news and events relating to MU Legend, players can visit the official website: https://mulegend.webzen.com/. Players are also invited to discuss the game and join the official MU Legend Facebook community at https://www.facebook.com/MULegendGlobal.