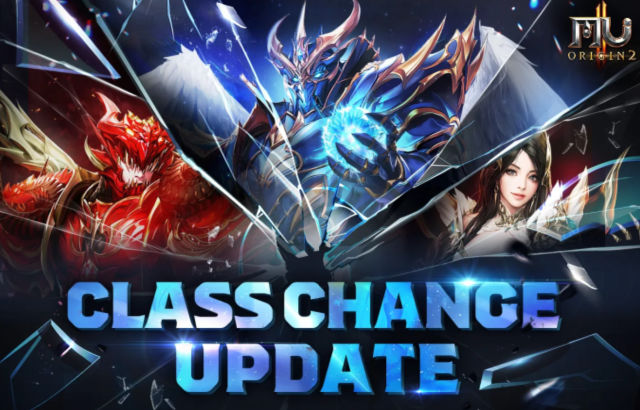 Webzen has released today the latest 5.2 update of its mobile MMORPG MU ORIGIN 2.

MU ORIGIN 2’s 5.2 update brings the long-awaited Class Change system which enables the change to a desired class. For example, players will be able to choose to be a fierce knight or a majestic mage by using the Chest of Gospels item or Diamonds.

The main feature of this update is the new Ancient Tower where players can explore and acquire items to enhance their Ancient Relic and Ancient Seals. More than 2 players in party mode are required to enter the Ancient Tower only once per day. The Ancient Tower is available to enter daily from 10 AM until 11PM (server time).

In the update, new features of the character upgrade system have been introduced, allowing players to continue to increase their CP (Combat Power) through Divine Feather, Void Record and Costume Evolution.

Divine Feather allows players to reach the full potential of their wings through enhancement. When players enhance their Divine Feather, they can gain additional elemental effects and buffs in accordance with the level and tier.

When reaching lv. 210, players will also have a new mission to defeat monsters and collect their souls in the Void Record which is divided into Rare, Unique and Epic graded fragments. The activated Void Record will allow the set effect depending on the level.

In addition, the new Costume Evolution system has been added to the game. Players can now evolve their costumes by combining three of the same type of costume to obtain extra powers.

MU ORIGIN 2 is free to download on the Google Play Store and App Store in English, Portuguese, and Spanish. For more details on this update, the MU ORIGIN 2 5.2 Update Trailer is now available on the official WEBZEN YouTube channel: https://youtu.be/eBOmDWLy6PU