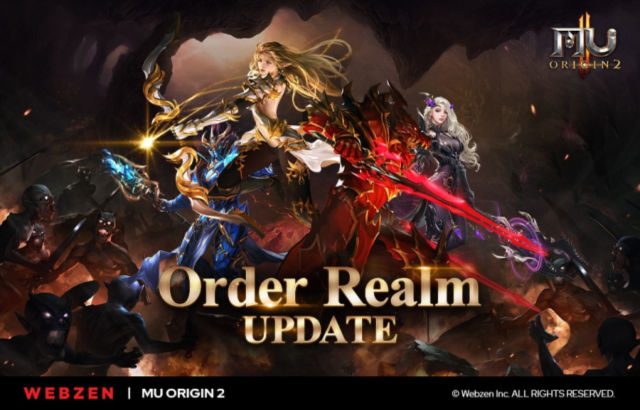 Webzen has announced a new 6.2 update for its mobile MMORPG MU ORIGIN 2.


Starting from today, MU ORIGIN 2 welcomes the Abyss Season 37 along with the latest update including a new event dungeon called ‘Order Realm’ which allows players to enter the Order Realm once daily. To destroy monsters and obtain exclusive rewards, players can play this dungeon solo or find a party to get buff effects.


Mount Resurrection is another new addition, which will allow players to acquire bonus properties and the chance to keep enhancing their trustworthy Mount.

With this update, players can also acquire new Soul Spear Fragments and combine them to obtain Spears with various elemental options.


The new Guild Guardian content has been added to the game, where players will be able to enhance their Guild Guardians for powerful protection properties.


In addition to the above features, Trial of the Colosseum, Refine Object, fixes, and tweaks are now available in the 6.2 update.


MU ORIGIN 2 is available over on the Google Play and App Store in English, Portuguese, and Spanish. To learn more about MU ORIGIN 2, players can visit the official website: https://muorigin2.webzen.com/ and participate in the latest events and giveaways on the official Facebook page: https://www.facebook.com/MUOrigin2Global/