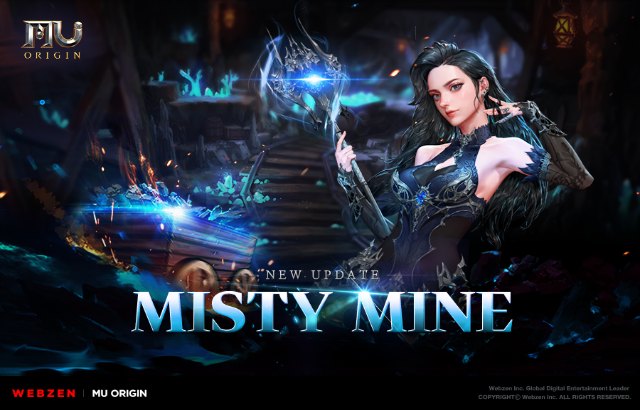 Misty Mine is an extension of the Force system, where players can pillage and protect mine carts in an all-server battlefield. The Misty Mine event will run every Friday from 19:00 to 19:30 (server time).

To join this new Misty Mine, players need to join a Force first and complete the main quest [Sealed Door(2)] after Rebirth 10 Lv. 40. Three caves, including The Union Mine, Sacred Order Mine, and Illusion Association Mine will be open for the challenges, one for your Force to defend and two of which belong to the enemies. Players can receive points according to the number of enemies defeated in their Force’s battlefield, when the mine cart arrives at the destination. After the Misty Mine closes, participants will receive Force Contributions, Force Grades, EXP, or Bound Zen based on their acquired points.

This newest patch also adds a new Descent system to acquire the Descentform Costume for the game. After using the Descentform, the character’s exterior changes for a set amount of time, and the skills switch to Descent skills. Players can also raise the level of Descentform with the Heaven Drop item.

The Enchant, a new Refine system, allows players to add Enchant options to their character’s equipment and their Mount’s. Enchant Stones required for Enchant can be shared among friends at the menu [Friends]. In addition, the Awaken Enhance system enables enhancing activated Awaken Stones to increase the options.

Furthermore, the 6.0 update will include a level cap increase, log-in rewards increase, numerous fixes and improvements. For more details of the 6.0 update, a new content video for the latest update is now available on the official WEBZEN YouTube channel: https://youtu.be/aDmtWFiDrkk

Additionally, the MU Origin team is running various events for players to fully enjoy the new update and giveaways in the passionate atmosphere of the Rio Carnival from February 28th to March 6th, 2019 (UTC). Players can give and receive gifts from their friends and purchase limited Package items during the event period.