Neverwinter's Heart of Fire Update Now On PS4 And Xbox One 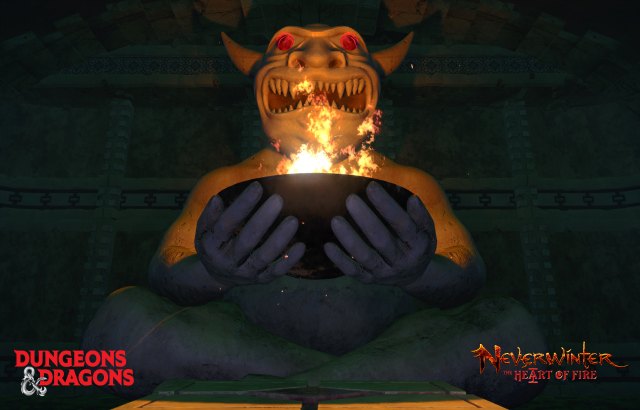 Watch the trailer for Neverwinter: The Heart of Fire here: https://youtu.be/jxMB9k3oQqA

The Heart of Fire’s content is available beginning at level 15, with missions of acquisition included throughout the leveling experience. Acquisitions Incorporated’s signature brand of humor permeates this module, which challenges adventurers to seek out the titular Heart of Fire, a relic from Dungeons & Dragons’ past, in a wild campaign. Omin and Jim assign dangerous tasks (for minimal pay, of course) including infiltrating a Beholder convention in a tank disguise, fulfilling the wishes of a mountain-sized giant from the deck of the company airship, and thwarting a heist at the Manycoins Bank in an all-new endgame skirmish.

Acquisitions Incorporated’s new residence inside Protector’s Enclave allows adventurers to own a workshop as a base of operations for the overhauled Professions system. Other updates in this module include class balancing, dungeon chests and loot experience improvements. Find details about these updates to Neverwinter below: