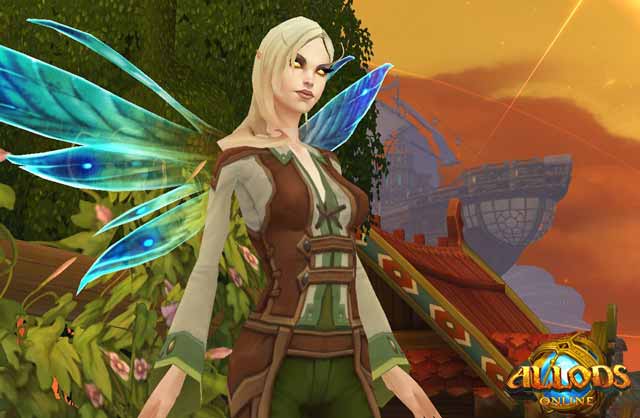 The Allods Team has just announced that a new playable race will be introduced into the game with the next major update; this new race is called the “Aed” and is based on Greco-Roman sculptures and the full details about them have been released in an official blog post.

New players won’t be able to explore this new race just yet however, Aed characters can only be created as an Incarnation.
They will be restricted to players with a level 70 character and an available reincarnation which means that there will be very few characters with this race once they’ve been released.
The Allods Team has just announced that a new playable race will be introduced into the game with the next major update; this new race is called the “Aed” and is

The Aeds are a highly intelligent race who have an innate understanding of the universe; despite this, they are happy to watch the world without needing to interfere with the other races that share their world.
According to the details released for them, the Aeds are a peaceful race that strive for harmony.

Seven different abilities have been announced for the Aeds already; one ability for each class has been revealed so far and suggest that the race will be focused around using clever traps to ensnare enemies, healing allies and providing defensive barriers.
Despite the peaceful nature of the race, they can also take the role of warriors; their warrior class ability provides them with more anger and stability which could make them ferocious fighters.

The exact details on how the Aeds abilities work are still uncertain but more should be revealed by the developer as the release date for Update 8.0 comes closer. Update 8.0: Immortality will also contain some winter themed content which suggests it should be released very soon however, an official release date has not been provided just yet.