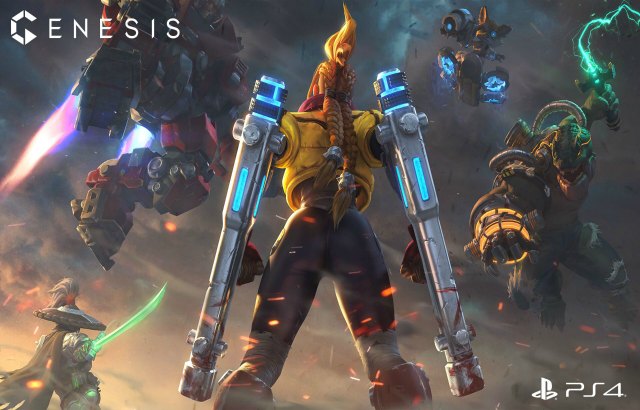 Developer Rampage Games today announced GENESIS, a brand-new Multiplayer Online Battle Arena (MOBA) experience optimized for controllers. Players will jump into an epic battle between the gods and mankind across a futuristic world.

Developed for strategy and action enthusiasts, GENESIS is a next-generation console MOBA with its gameplay specifically designed around controllers. The control system brings a breath of fresh air to the genre on consoles, making navigation more intuitive, precise and effective. On the one hand, players will benefit from built-in automation features such as an innovative targeting design. On the other hand, a controller is the ideal device to offer additional convenience features which include releasing directional skills, blinking, or quickly switching between abilities and items.

“We really wanted to bring a true MOBA experience to consoles,” said Ray Zhu, Executive Producer at Rampage Games. “The biggest challenge, of course, was building the gameplay system for controllers. Keyboard and mouse have their advantages, but based on the feedback we received from our testers, I am confident we are equally prepared and players will feel right at home in GENESIS.”

Besides the controller-based approach, GENESIS is a MOBA that covers every desired aspect. The right tactics will make the difference between victory and defeat in the competitive Player-versus-Player (PvP) battles. Here, teams of five fight for control of the galactic battlefield to win glory, new weapons and equipment. With a rich roster of 28 original heroes, countless character customization options, and a single-player story mode (PvE), there is a seemingly endless amount of possibilities for players to explore. Additionally, another highlight is the co-op conquest mode, where two local players share control of the same hero!

Last but not least, developer Rampage Games will bring stunning visuals to their consistent Sci-Fi world through the power of the Unreal Engine 4; offering one of the most beautiful and detailed MOBAs on a console platform.

GENESIS will be available free-to-play for PlayStation 4 on August 13th in North America and on August 14th in Europe.