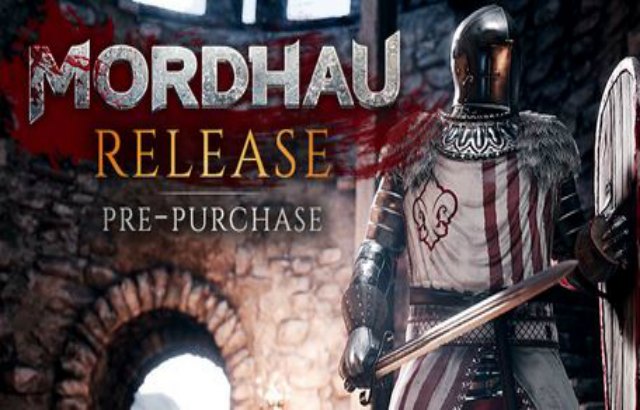 Mordhau is a brand new multiplayer melee combat game, and is a product of today’s gaming landscape. In an age where there is a demand for melee combat games, the more variety there is, the better. Mordhau is another product from the line of successfully crowdfunded games on Kickstarter. It’s inspiration comes from genre staples such as Chivalry: Medieval Warfare and now For Honor.

While development is currently on-going, you can now preorder the game directly from their website here. The cheapest package will cost you $25 for a digital copy of the game, which is estimated to be released in March 2018. Moving higher up the bundles, you can purchase the $60 package and get access to the apha that is going to take place in August of this year.

So what is all the hype about? Mordhau isn’t just a clone of the melee games we’ve mentioned. The game will have large open battles of up to 64 players with horses, siege engines and castles as set pieces. This makes it a bigger set piece than Chivarly:MW. The combat from early footage is also exciting. Players will be able to strike up big combo chains with various medieval weapons and use counters to exploit gaps in combat.

The game is also using Unreal Engine 4, which means expect to see glorious graphics and incredibly smooth gameplay. Mordhau will be released on Steam for Windows, and we are waiting for news about consoles too.