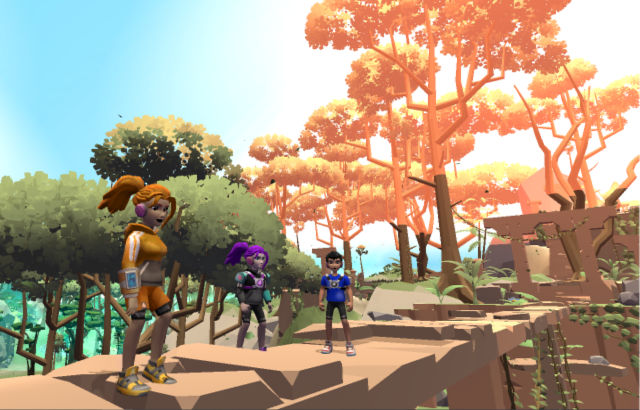 VR Realms announced this week that new kids MMO NEO 2045 is now available in Open Beta for players throughout the world, with an expected full launch on mobile and PC in a few months. A free-to-play massive multiplayer online (MMO) game for kids, NEO 2045 features a vast galaxy full of sci-fi action, quests and inter-galactic adventure! Sign up today for endless multiplayer action where you can build, explore, socialize and play!

“As we are nearing launch, we are excited to open up NEO 2045 to players ahead of full launch so that we can make sure we are hitting our marks with our audience,” said Robb Beeston,  CEO and Founder of VR Realms. “While we did make this game with kids first and foremost in mind, we also want to make sure it is fun for older players and parents so that everyone can play together in a safe, secure and fun environment that has something for everyone.”

NEO 2045 is a sci-fi action MMO for all ages with a vast open world with different Player Realms that focus on various aspects of gameplay to ensure a great time for everyone, regardless of their play style. Looking for a fast-play, multiplayer game experience? There are loads of single and multiplayer mini-games accessible through various arenas and locations, such as the Lazer Tag Arena, Robot Stadium, Avatar Sports Stadium, Comedy Club, Nightclub, Astro Training Center, Water Park and Arcade. Or if you are after more of a social, community experience, you can interact with other players in one of five fun and safe social Realms, including the Forest Realm, Arctic Realm, Desert Realm or the Ocean Realm. Or if what you really want to do is build and create, then head to your very own customizable Player Realm where you can terraform mountains and valleys and build structures and vehicles using dynamorphic components that connect seamlessly.

NEO 2045 will be regularly updated with fresh content, special events, and new storyline missions that tie into the game lore. For more information and to join the open beta, visit: www.neo2045.com