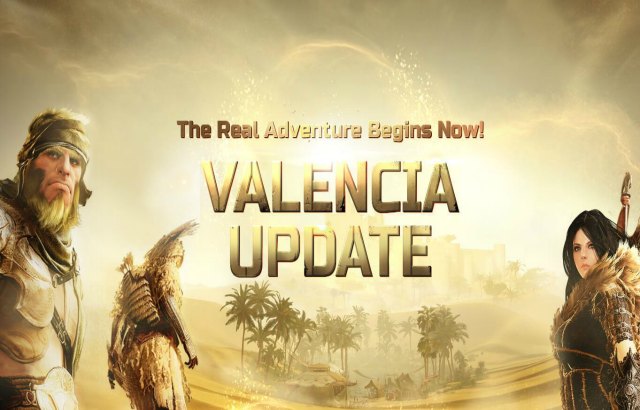 Pearl Abyss announced that Black Desert Online SEA is getting a new region expansion with the addition of Valencia Part 1. Valencia is a vast land filled with dangerous monsters, unpredictable weather and Adventurers must keep hydrated to prevent heat stroke while they trek through this new unexplored land. The region of Valencia is so large it will double the size of the map. Many new quests, mounts, armors, weapons, and accessories will become available with the addition of the region.

The new weather effects will prove to be a challenge, so Adventurers should prepare thoroughly to not get caught in the middle of unexpected sandstorms. Navigating the vast desert area is tricky, especially as the minimap and auto-pathing are unavailable in this region. Crossing the desert is difficult, but many treasures and surprises lie under its immense surface. Who knows what kind of valuable treasures Adventurers might stumble upon? Exploring this dynamic new region will surely allow Adventurers to broaden their horizons.

This week’s update will also include the Imperial Crafting system, where Adventurers can earn silver by crafting items and delivering them through certain NPCs in the game. Engage in Imperial Cooking and Alchemy to become the Jack of all ‘Trades’! Furthermore, Adventurers can now purchase more houses and unlock new nodes as the maximum amount of contribution points has been increased to 350. For more information about the update and other ongoing events, check out the website.