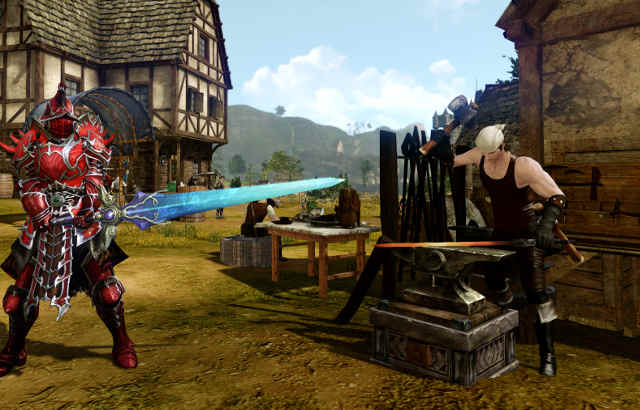 If you have watched The Walking Dead you have probably thought to yourself: “I would never survive in a world like that”. However, it’s extremely hard to predict the human behavior of an apocalypse. The series uses scripts and imagination for our entertainment but it’s hard to tell if the series is “realistic”. A new study has examined the human behavior of MMO players in ArcheAge during a brief open beta in 2014. During the beta test, players have played freely. However, players have known that with the end of the beta, all player progress is gone. The study has tried to understand how players have acted as the end approached.

Here are some of the conclusions

#1 – Some players have started to PK (people kill) their allies. However, most players haven’t joined the purge.

#2 – Most players haven’t given up on progressing, even if they know that the end is close.

#3 – The social aspect of the game has improved tremendously. Players have communicated a lot more. Also, they were much more positive than before. It seems like towards the end of the game players have bonded.

#4 –  Socially negative players who had a lot of bad things to say in chat, have left the game much earlier than socially positive players.

In my opinion, all of these conclusions seem very intuitive. Like in the walking dead, the bad people die earlier, people don’t give up on living and the end supposedly connects people. While the beta was considered one of the worst PC launches ever. The researchers have studied 270 million player interactions in it. I don’t think that the end of a game will mean that people will act the same. People will be way more stressed if their life were in jeopardy rather than their character.

What do you think? please share your thoughts with us