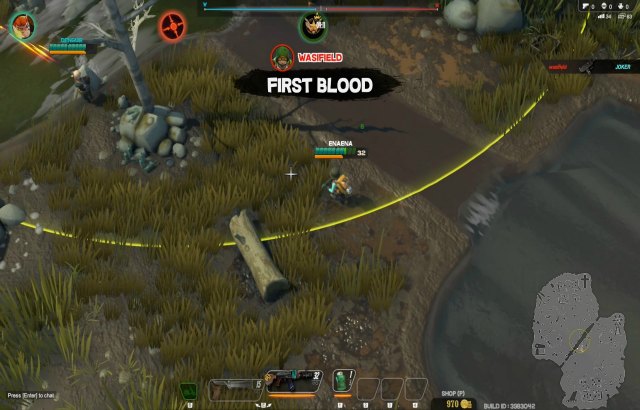 Ever heard of Veterans Online? No? Well are you a fan on top-down multiplayer shooters with fun graphics? If so, read on.

The game is heading to Steam Early Access later this year. A free-to-play top-down PvP action shooter, Veterans Online merges arena brawler style gameplay with a variety of maps, modes and missions where players can earn coins in the game to purchase weapons at the start of each round and then annihilate their opponents in a 5vs5 team format.

The game will put players’ tactical battle skills to the test. Starting by creating and customizing their soldier, players are then assigned to one of the battlegrounds, with a team. Every battleground is unique and features a different game mode with different goals. As soon as the soldiers are deployed to their battlefield they must choose between a variety of light and heavy weapons, including smaller utility weapons such as traps or healing spray, and then leverage their firepower and tactical battle skills to defeat opponents. Team play holds massive benefits as players can adapt to the play styles and strategic advantages – and disadvantages – offered by each weapon and each battlefield.

The Early Access launch of Veterans Online will initially feature two game modes – Territory Control and Capture the Flag, with a number of additional play modes planned throughout the Early Access period. Additionally, players will have a choice amongst a slew of light to heavy, long to mid-range weapons, including a selection of special items, such as various types of grenades, minds and traps. Each character is fully customizable with a selection of skins, taunts, tags and mounts. Game updates such as new mods, maps and missions will come steadily throughout the Early Access period.