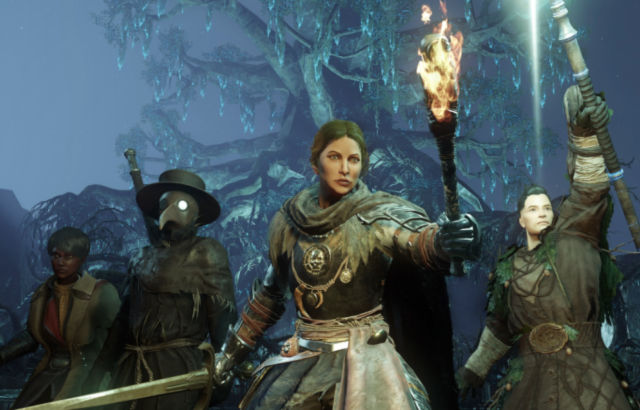 After what felt like an eternity, Amazon’s flagship MMORPG New World has finally made its debut after launching this past week. Launch itself has been rocky, with overwhelming complaints of insane server queues, graphic card issues and more, but here we are almost a week later and there’s still some major issues that developers Amazon needs to iron out.

One among them is how friends and guild mates are spread out all over on different servers, thanks to server capacity limits and the introduction of numerous new servers, which players have flocked to in order to avoid the queue.

In a recent post-launch update, Amazon Game Studios did say that their goal was to ensure that friends and communities can and should play together. To that end, they are working on implementing free character transfers in the near future, but additional details are scarce, and will be revealed in the coming week.