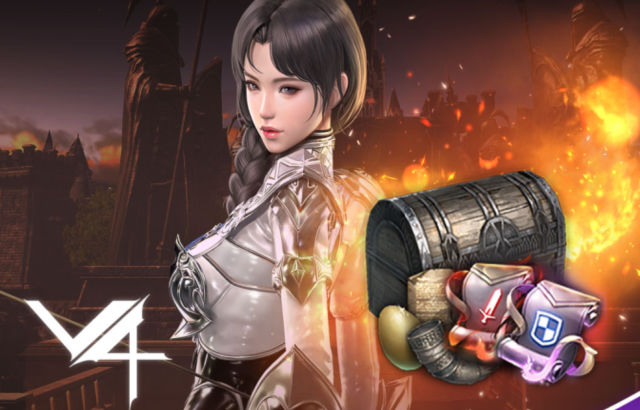 In celebration of MMORPG V4’s first anniversary, Nexon is giving back to the game’s players with two limited-time, in-game reward events and a Global Event – both accompanied by a new cinematic trailer. During the Global Merge Event, Tharsi 1 and Tharsi 2 will be added in Asia, and players will be able to connect with more friends across the continent as V4 Global merges with V4 Taiwan, Hong Kong and Macau.

In V4’s limited-time “Pengdro Has Appeared” event, players will need to be on their toes as it disappears within an hour. The event will take place three times  on every Friday, every eight hours at the Tollan Lagoon Salt Crest Shoal from Wednesday, July 21 to Friday, July 13.

During the “Constellation Mission” reward event, also taking place Wednesday, July 21 to Friday, July 13, players will have the opportunity to enhance their constellation and win various rewards, including the rare “Epic Star Piece Chest,” after completing all the missions.

Powered by Unreal Engine 4, V4 is a cross-platform free-to-play fantasy MMORPG that gives players the ability to customize their heroes as they defend a breathtaking world from the forces of darkness. With exquisitely detailed battles and offense-focused classes, players can team up with warriors from all over the world on mobile and PC to defeat evil. The game features nine uniquely designed character classes that combine new and classic styles for a vibrant take on role-playing game. With near limitless progression, fierce competition, and friendly cooperation with other players across servers around the world, V4 is designed for core gamers who want to be at the front of the action – and for the more casual gamer who wants to build deeper online communities.

More information about the all-new V4 update and the game’s latest updates can be found at https://www.nexon.com/v4/ or @V4Global on Twitter.