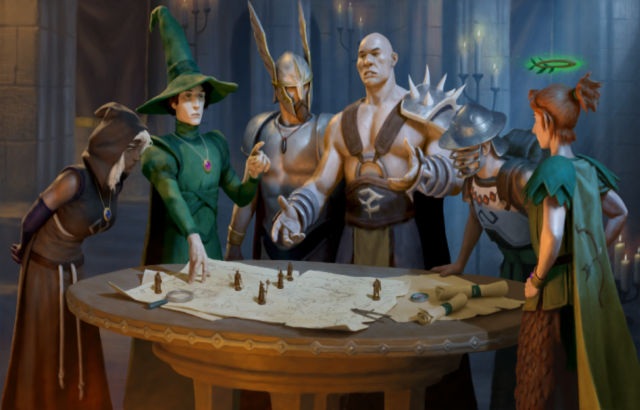 Official support for Clans arrives in Old School RuneScape today. One of the most anticipated updates by the living game’s player community, today’s Clans update brings a flurry of new features and official support to the beloved community practice. To unveil the new Clans functionality, the Old School RuneScape development team will be hosting a player livestream tomorrow at 5pm BST at http://twitch.tv/oldschoolrs.

Clans enables players to group up and enjoy Old School RuneScape together, whilst also competing with other rival clans in exciting end-game content. Also coming within today’s update is the Clan Hub. Situated in a corner of the Grand Exchange, the Clan hub is a dedicated location for all Clan-related activities such as forming, finding, and managing newly formed clans of up to 500 players.

To support both newly forming clans and long-time communities registering their clan in-game, dedicated Clan menus, a recruitment board, and a variety of other valuable tools are included to make organising a Clan as simple as possible. Once you’ve got a clan full of adventurers, you’ll be able to assign them dedicated ranks to form a hierarchy of players. Clans can choose to either use military style ranks or rename them using other RuneScape-related themes such as ore and gem tiers. Once a clan is formed, they’ll need a place to kick back – enter the Clan Halls. Halls are a private area for clans, which can also be opened to guests.

“Clans are instrumental in bringing players together to create compelling and wholesome stories to tell. Today’s Clans update provides the perfect opportunity for every Old School RuneScape player to develop existing relationships, build new ones, and share exciting experiences with like-minded individuals in our amazing community. Whether it’s learning the ropes during your first venture into the world of Gielinor, cornering the market in the Grand Exchange, or taking on challenging endgame PVE and PVP content, Clans allow you to do so with others who have similar goals.”

For a look into the world of Clans, watch Old School RuneScape’s video on Clan Leader Stories here.