Paragon is getting a new hero this month

Paragon is getting a new hero this month 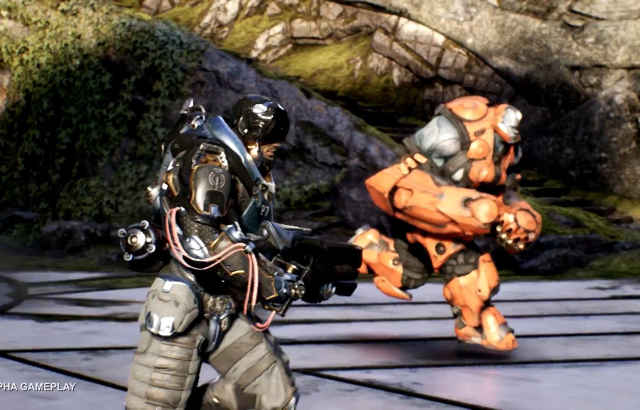 Paragon is getting a new hero this month.

Epic Games has just announced that a new melee hero will be arriving for Paragon later this month.

Aurora is the incoming new hero who will enter the fight on January 31st.

According to the official blog post, this new hero is a “crowd control specialist”. Her abilities are focused around ice and freezing enemies which makes her a power initiator for battles.

Just like the other heroes in he game, she’ll be free to play once she’s been added to the game.

Paragon is currently in Open Beta and Epic Games are releasing new heroes on a regular basis. Epic Games will release Aurora later this month. This is what we know about it’s abilities:

Glacial Charge – Uses an ice trail to launch her forwards to deal damage, push enemies away and block thrown projectiles.

PlayStation 4 owners can also access the Open Beta and can currently get a few bonus items. PS4 players with a PlayStation Plus subscription are able to get a free booster pack for Paragon right now. This free booster pack contains an exclusive Moon Viper skin for Khaimera and several extra bonuses. Players will be given 200 coins, a loot crate and key, a 10 day XP boost and a 10 day Rep booster also.

In addition to this, all Paragon players will get double XP and Rep for this week only. Epic Games hasn’t provided an end date for this event however so players should assume it ends on Sunday.