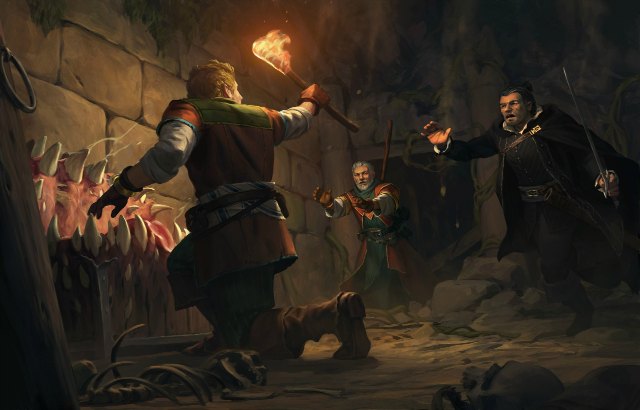 You join Varn – as his general – and experience Varnhold’s valorous history first-hand; the whole of it, not just the outcome!
Just as you were claiming your first title, another hero of the Stolen Lands became a baron too: Maegar Varn, captain of the Varnling Host mercenary band and rightful ruler of Varnhold

If you’ve played the main campaign, you already know what happened to him… or do you?

Key Features
·    Play a complete and challenging self-contained side story
·    Create a new character and fight for the future of Varnhold while your main campaign’s hero establishes their barony in the Shrike Hills
·    Experience the adventure from a companion’s point of view
·    Explore a huge new dungeon. What secrets lie in the forbidden depths?
·    Import your achievements into the main campaign! After you finish the DLC, a new event will unlock in the main story: Maegar Varn will invite you to visit the dungeon once again — to witness the consequences of your decisions…
·    Lead your commander to victory in combat and to prosperity in peace
More information can be found at –
Steam: https://store.steampowered.com/app/640820/Pathfinder_Kingmaker/
GOG.com: https://www.gog.com/game/pathfinder_kingmaker_explorer_edition