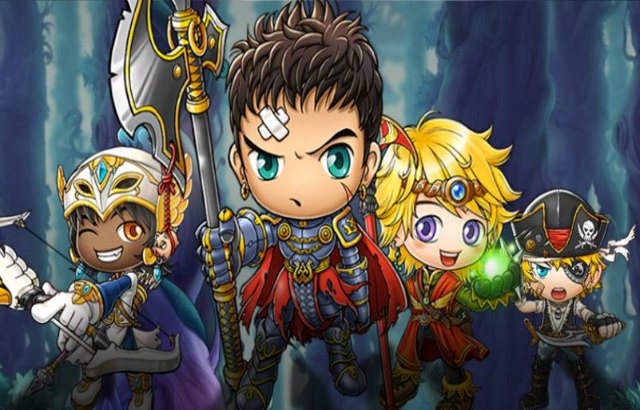 MapleStory, the original side-scrolling MMORPG that has entertained fans for 13 years, is sponsoring popular K-pop group GOT7’s World Tour, “Eyes On You” in Los Angeles, Houston, and New York, and giving away free tickets to selected players. For each of the three U.S. shows, ten lucky fans will receive P1 tickets ($249 value) and an invitation to attend a HiTouch event where they will high five with GOT7. Forty lucky winners in each city will also receive P5 tickets ($59 value) to see the show for free.

Known for their vibrant, hip-hop-infused sound and choreography that incorporates martial arts tricking and b-boying style, GOT7 has become a worldwide sensation, making them one of the first K-pop groups to top Billboard’s World Albums chart four times. Having celebrated their fourth anniversary recently, the band released their 8th EP album, “Eyes on You.” GOT7 consists of JB (leader), Mark, Jackson, Jinyoung, Youngjae, BamBam and Yugyeom.

To get a chance to win a free ticket to one of GOT7’s US concerts, players need to start a new character in MapleStory after 11:00 AM (PDT) on May 18, 2018 and level up. Players will also have to complete a registration form at MapleStory x GOT7 Event by 11:59 PM (PDT) on June 10, 2018. To qualify for a P5 ticket, players must reach level 33 or above which typically takes a few hours for beginners. Players who reach level 77 or above will have a chance to win a P1 ticket and attend the HiTouch event where they will be able to high five with GOT7.

GOT7 US Tour “Eyes On You” Dates

MapleStory is the original side-scrolling MMORPG by Nexon America where epic adventure and good friends await players as they embark on a journey to stop the sinister Black Mage from terrorizing Maple World. With over 40 unique classes to choose from, an almost limitless number of cosmetic options and hundreds of hours of gameplay, players will conquer perilous dungeons as part of their never-ending MapleStory.