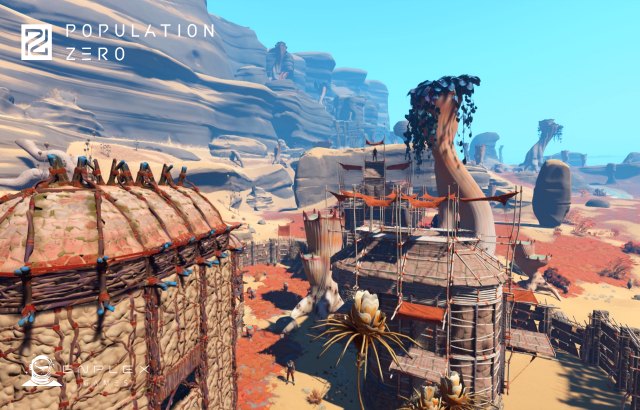 Enplex Games is preparing to launch alpha testing for its MMO Population Zero. To pave the way, players at the Commander level will be able to take part in the final pre-alpha gameplay session starting February 23rd. Once complete, Enplex will be hard at work on a large update that, once released, will bring Population Zero to its alpha phase of development.

As a gift to Commanders, Enplex will be rewarding a legacy version of the Colonist Suit in addition to other in-game items already contained in the special pack. Commanders Packs are currently available for $80. Founders Packs can be purchased here: https://pzonline.com/en/buy/

Enplex is showcasing the development of one of Population Zero’s unique biomes, Kepler’s Jungle, one of many that players will have the opportunity to explore. “Wild forests, marvelous alien plants, and creatures await you in the depths of the Kepler’s jungle. The trees grow high up into the sky granting new locations to discover – that’s right, in the jungles you will be able to walk not only the ground but those natural wooden paths which covers the whole biome.”

Population Zero is a distinctive blend of survival and MMO set on the planet Kepler, an alien world far on the periphery of mankind’s own knowledge. As with all frontiers, the world will resist those who try to explore it, plumb it for resources, and vie to uncover its secrets.