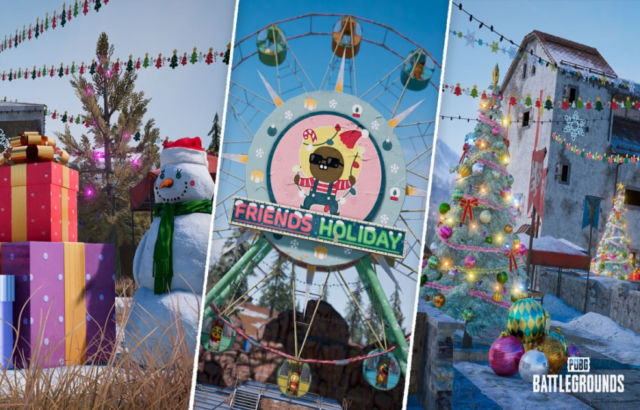 When the latest update for KRAFTON, Inc.’s PUBG: BATTLEGROUNDS releases on Dec. 1 for PC and Dec. 9 for consoles, players will be able to embrace the holiday spirit as key areas throughout the Vikendi map will be decorated in a winter wonderland theme. Several areas throughout the map, including Dinoland, Castle and Winery will be ornamented with a special holiday makeover, including thematic weather effects that will be available on the map for players who wish to use this setting in Custom Matches.

But that’s not all, here all the features of Update 15.1:

Update 15.1 launches on Dec. 1 for PC and Dec. 9 for consoles. Survivors who want to preview Update 15.1 can do so today on the PC Test Server. For more information on Update 15.1 check out the full patch notes HERE.